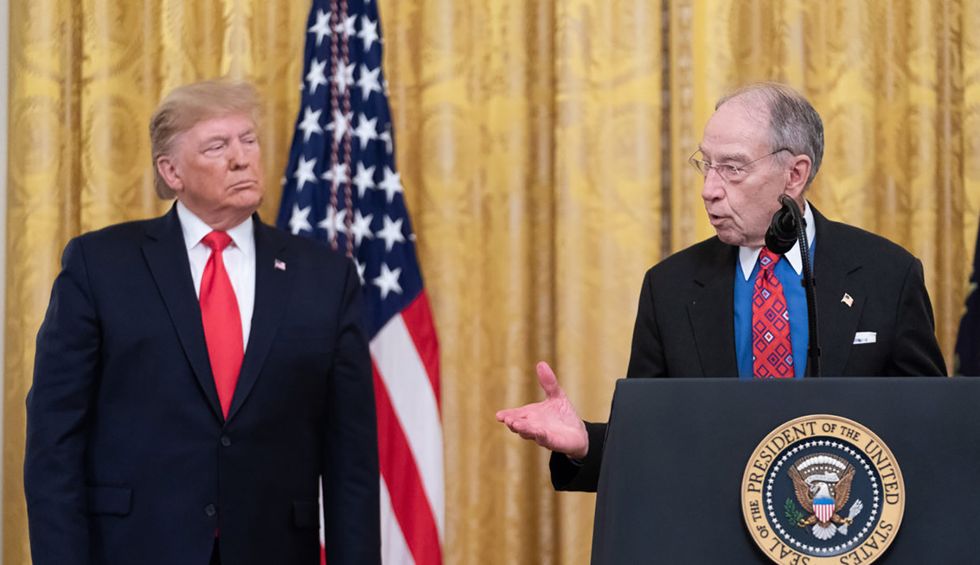 Sen. Chuck Grassley on Thursday sent out a strange tweet in which he described President Donald Trump using the same words often used to describe a toddler.

In the tweet, Grassley pleaded to have someone in the White House make Trump read a column by the Wall Street Journal’s Daniel Henninger, presumable to influence the president’s trade policy.

“Whoever keeps watch on [President Trump] at [the White House] have the economist there especially Navarro read WSJ oped by Henninger,” Grassley wrote. “This is what I’ve been preaching to the President for two years. President would benefit from reading it.”

Many of Grassley’s followers were alternately surprised, amused, or frustrated that he talked about the president like a small child while at the same time not taking personal responsibility as a member of the Senate for properly overseeing Trump’s actions.

Check out some reactions below.