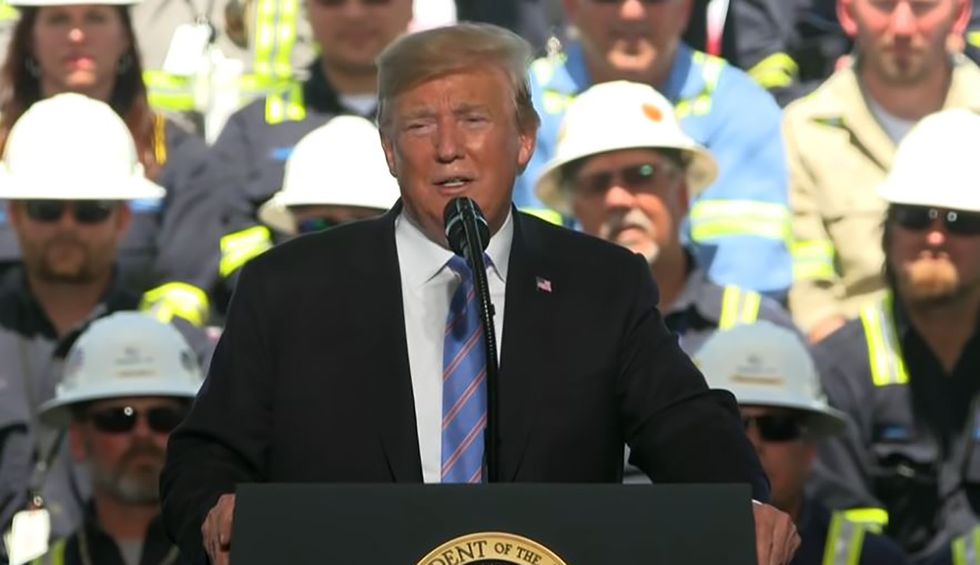 In a tweet this Thursday morning, President Trump had a few people scratching their heads after he praised the soaring Stock Market and asked his followers how it was affecting their “409K’s” — which is a thing that doesn’t exist.

Fox News reporter John Roberts was among those baffled:

While a typo is the simplest explanation for “409K,” New York Daily News columnist Brandon Friedman cast some doubt into that: