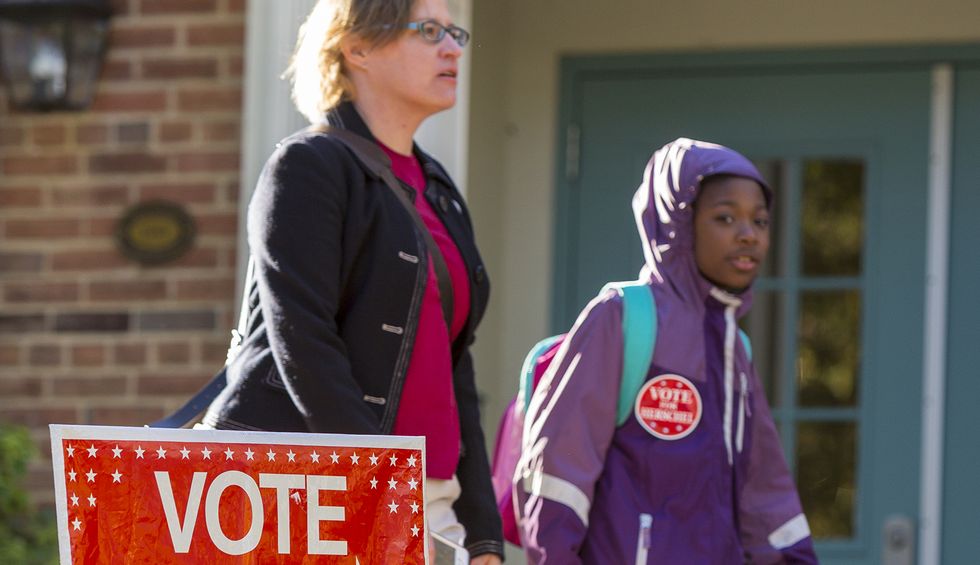 Civil rights advocates on Tuesday praised a federal judge in North Carolina who struck down the state's new voter ID law, saying in her ruling that there was likely "discriminatory intent" behind state Republicans' attempt to force voters to present specific forms of identification at the polls.

U.S. District Judge Loretta Biggs wrote in her ruling that the law, S.B. 824, was the latest example of North Carolina's "sordid history of racial discrimination and voter suppression stretching back to the time of slavery, through the era of Jim Crow, and, crucially, continuing up to the present day."

GOP lawmakers overrode Democratic Gov. Roy Cooper's veto of the law in 2019, two years after a federal appeals court struck down an earlier voter ID law which it said had cut many black North Carolinians out of the democratic process "with almost surgical precision"—as voter turnout among African Americans dropped by six percent when it was in effect.

Biggs noted Tuesday that S.B. 824 had been pushed forward by many of the same legislators who had passed the earlier law.

The latest effort by Republicans to require specific forms of identification at the polls would have allowed voters to present a driver's license, passport, or military ID in order to vote, but not a public assistance ID card. Biggs described the latter stipulation as "particularly suspect," as nearly 29 percent of North Carolinians who use SNAP benefits are black.

"The evidence suggests that minority voters are not just less likely to have an acceptable form of ID, but that the legislature excluded photographic ID that could have greatly reduced that discrepancy," the judge wrote.

Political reporter Will Doran of the News & Observer noted that the federal court had announced its plans to strike down S.B. 824 last week, but it hadn't been clear that the law would be blocked for all of the 2020 election.

"We knew this was coming, but not in such a sweeping fashion," tweeted Doran.

Rev. T. Anthony Spearman, president of the North Carolina conference of the NAACP, called the strong language Biggs used in her ruling "so appropriate" considering the stakes of the 2020 elections.

"I hope it is something that will encourage people who have not exercised their right to vote to cast their votes," Spearman told the Washington Post.

Biggs also ordered state officials to publicize the news that voter IDs would not be needed to vote in the March 3 presidential primary and other state elections for the time being.