Far-right white evangelicals love Trump for many reasons — including their terrifying obsession with the End Times: report 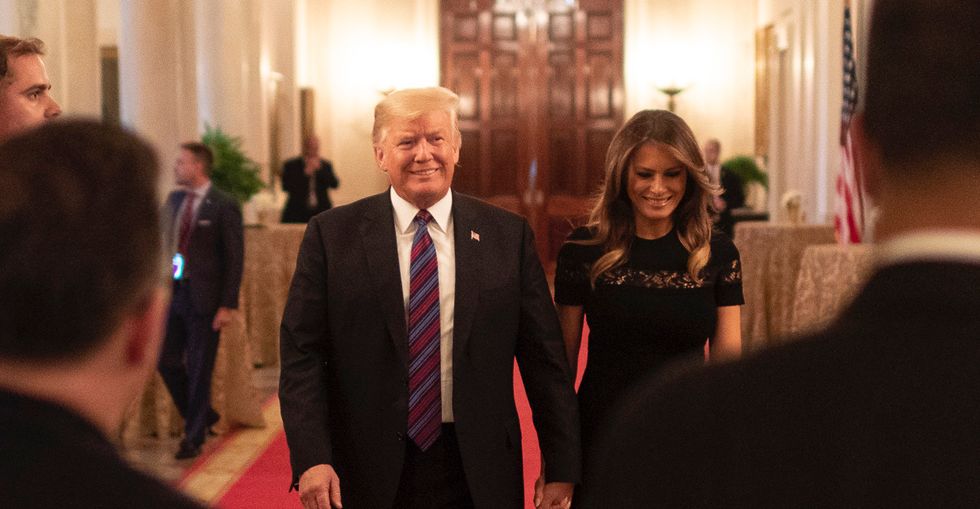 The Christian Right loves President Donald Trump for a variety of reasons, from his racist rhetoric and anti-immigrant views to all the far-right judges he has added to the federal courts. But journalist Stephanie Mencimer, this week in an article for Mother Jones, focuses on one of their most disturbing reasons for being so pro-Trump: an obsession with the End Times.

In Protestant Christianity, one finds both fundamentalists and non-fundamentalists. Mainline Protestants (Episcopalians, Presbyterians, Lutherans, the African Methodist Episcopal or AME Church) study the Bible intensely, but they don’t have the obsession with the End Times and the New Testament’s Book of Revelation that the fundamentalist Christian Right has. And even though Trump himself is not a fundamentalist (he was raised Presbyterian), he is more than happy to pander to far-right white evangelicals — who, as Mencimer explains in her article, believe that Trump is important to the end of the world. The Christian Right welcomes the End Times because as they see it, Jesus Christ will return to Earth in the last days.

Mencimer, in her article, quotes religious historian Diane Butler Bass, who offers some insights on why the Christian Right believe Trump could play an important role in the End Times — and why the Christian Right has been applauding the killing of Iranian military commander Qasem Soleimani. Bass told Mother Jones, “When Iran gets into the news, especially with anything to do with war, it’s sort of a prophetic dog whistle to evangelicals. They will support anything that seems to edge the world towards this conflagration. They don’t necessarily want violence, but they’re eager for Christ to return — and they think that this war with Iran and Israel has to happen for their larger hope to pass.”

According to Mencimer, Trump “has surrounded himself with people who hail from the fringes of the evangelical community that is steeped in the language of biblical prophecy, and his administration regularly reflects that language back to them in its messaging.”

Fundamentalists who “subscribe to” an “apocalyptic world view seem to be overrepresented among Trump’s religious supporters and advisers,” Mencimer stresses.

Secretary of State Mike Pompeo, Mencimer observes, is a “master” of “messaging” that panders to “End Times evangelicals” — noting that in 2015, after the U.S. Supreme Court had legalized same-sex marriage nationwide, Pompeo told a Kansas church, “We will continue to fight these battles. It is a never-ending struggle. … until the Rapture.”

Among End Times evangelicals, one book that is considered essential reading is 1995’s “Left Behind: A Novel of the Earth’s Last Days,” written by Jerry B. Jenkins and the late Rev. Tim LaHaye. That book, Mencimer explains, addresses “the war of Gog and Magog, a biblical conflict prophesied in the Book of Ezekiel. In the Bible, Gog is the leader of Magog, a ‘place in the far north’ that many evangelicals believe is Russia. According to Ezekiel’s prophecy, Gog will join with Persia — now Iran — and other Arab nations to attack a peaceful Israel ‘like a cloud that covers the land.’ LaHaye, like many evangelicals, believed this battle would bring on the Rapture, the End Times event when God spirits away the good Christians to heaven before unleashing plagues, sickness and other horrors on the unbelievers remaining on Earth. Meanwhile, the Antichrist reigns supreme.”

Mencimer ends her article with a disturbing quote from André Gagné, theology professor at Concordia University in Montreal. According to Gagné, the Christian Right is all for the U.S. going to war with Iran if it leads to a broader conflict in the Middle East and helps bring about the End Times.