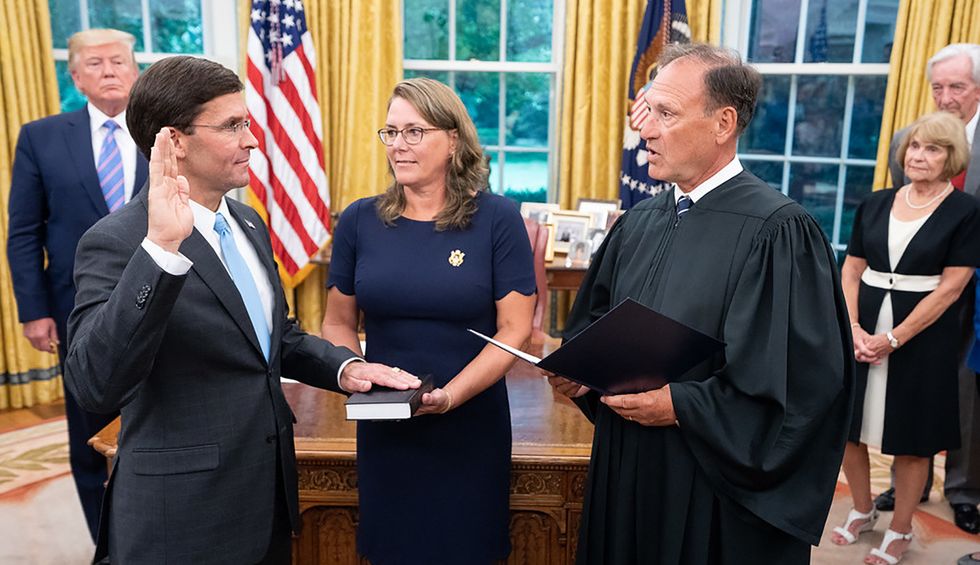 Defense Secretary Mark Esper’s chief of staff, Eric Chewning, has announced his resignation and will be leaving his position at the end of the month — at which time, according to Politico, he will be replaced by Jen Stewart, who is the top Republican on the House Armed Services Committee as well as a former top adviser to the chairman of the Joint Chiefs.

Chewning joined the Pentagon in 2017, initially serving as deputy assistant secretary for industrial policy. Prior to that, Chewning had worked in the private sector at the management consulting firm McKinsey & Company. And now, he will be returning to the private sector.

In an official statement on Monday, Esper said, “I’m grateful for Eric’s professionalism, judgment and leadership over the last seven months as I moved into the secretary of defense role. In an incredibly demanding job, Eric has been a source of calm and tireless work. We wish him all the best upon his return to the private sector.”