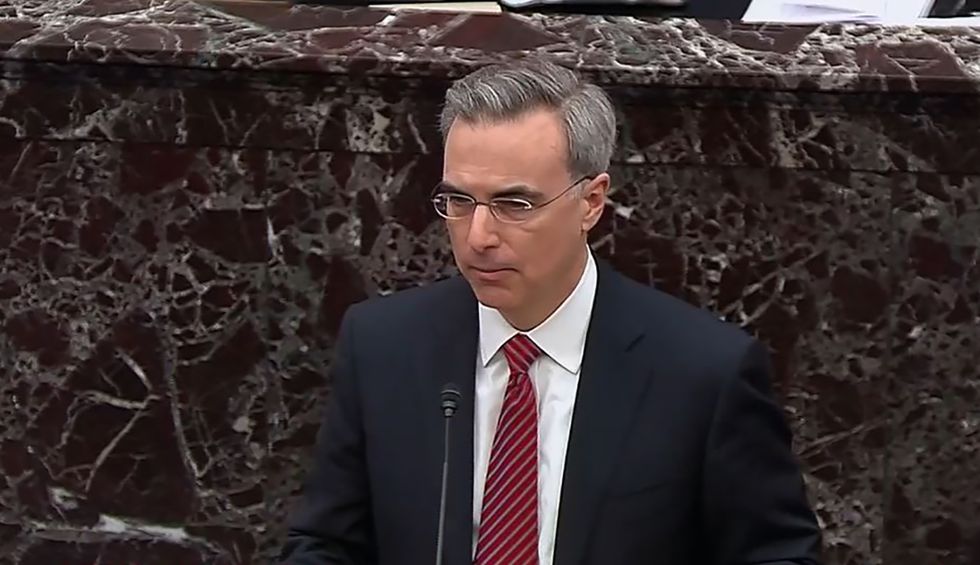 Although Former National Security Adviser John Bolton’s book, “The Room Where It Happened: A White House Memoir,” isn’t due out until March 17, it’s already affecting President Donald Trump’s impeachment trial. The New York Times, based on an unreleased manuscript, has reported that in the book, Bolton alleges that Trump and his allies tied military aid to Ukraine with an investigation of former Vice President Joe Biden and his son, Hunter Biden — in other words, the “quid pro quo” that House Democrats consider impeachable. And conservative opinion columnist Jennifer Rubin, in a January 27 column, lays out eight reasons why Bolton’s book “raises a host of problems for Republicans.”

“First, it eradicates the notion that Trump’s actions were guided by concern about burden-sharing and corruption generally in Ukraine,” Rubin explains. “Bolton says it: this is about leveraging aid to attack a political opponent.”

The second reason, according to Rubin: the Trump White House’s “refusal to allow Bolton’s testimony and production of notes is prime evidence of the article of impeachment regarding obstruction of Congress.”

“Trump’s tweet attacking Bolton’s account, in speaking to and revealing the contents of the conversation, waives any possible executive privilege claim, a Democratic aide involved in the impeachment trial told me,” Rubin explains. “Though, Trump has never actually asserted such privilege, and executive privilege cannot be asserted to cover up wrongdoing, per the Supreme Court’s ruling in U.S. v. Nixon.”

Reason #3, Rubin says, is that critical impeachment questions “can be answered only by Bolton’s appearance.” And Reason #4 is that “Republicans who feign offense whenever Democrats intimate they are Trump toadies now are in a real bind.”

“Refusing to demand evidence practically under their noses would be the personification of a cover-up born of cowardice,” Rubin asserts. “Sens. Susan Collins (R-Maine), Lisa Murkowski (R-Alaska) and other senators who have indicated interest in witnesses, only to pull back in recent days, now are trapped.”

Reason #5, Rubin writes: “Republicans now know if they turn a blind eye toward Bolton, they are sure to be humiliated within months, if not weeks.” And Reason #6, according to Rubin, is that “House managers” in Trump’s impeachment trial “accused White House Counsel Pat Cipollone, in a January 21 letter, of violating his ethical responsibilities by acting as counsel in a case in which he was a central player.”

Rubin explains, “Cipollone subsequently represented to the Senate that there is no direct evidence of a quid pro quo. As White House counsel, he surely was aware of the allegation in Bolton’s book that was submitted to the White House for approval nearly a month ago.”

Rubin’s Reason #7 is that “Democratic aides involved in the impeachment are cagey about whether they could go to Chief Justice John G. Roberts, Jr. to subpoena Bolton if Senate Republicans refuse to allow for witnesses, although they are quick to remind us that House managers have already told the Senate that a pretty capable jurist is in the chamber who can rule on witnesses.”

The eighth and final reason, Rubin writes, is that “it is not simply Bolton himself who is key to the trial.”

The Never Trump conservative explains that Bolton “was a voracious note-taker and plainly compiled materials he could later use for his book. Any subpoena would demand he bring relevant documents with him. Contemporaneously drafted notes taken before he quit/was fired would be extremely compelling evidence, especially if they track other witnesses’ testimonies.”

Rubin wraps up her column by emphasizing that Bolton’s book is too important for pro-Trump Republicans to ignore — no matter how much they wish they could.

“In sum, Senate Republicans can call Bolton, hear his damning testimony and suffer the president’s rage,” Rubin writes. “Alternatively, they can refuse to consider the most dispositive evidence imaginable, confirm this is a sham trial — denying Trump exoneration — and then, watch as Bolton humiliates them by revealing the evidence they willfully ignored. Either way, the incriminating evidence against Trump will come out. The only question is if they want to be seen as accomplices in a failed coverup scheme.”