‘Bizarro world’: Trump baffles the internet by sending Pam Bondi to defend him — after she gave a pass to his fake university 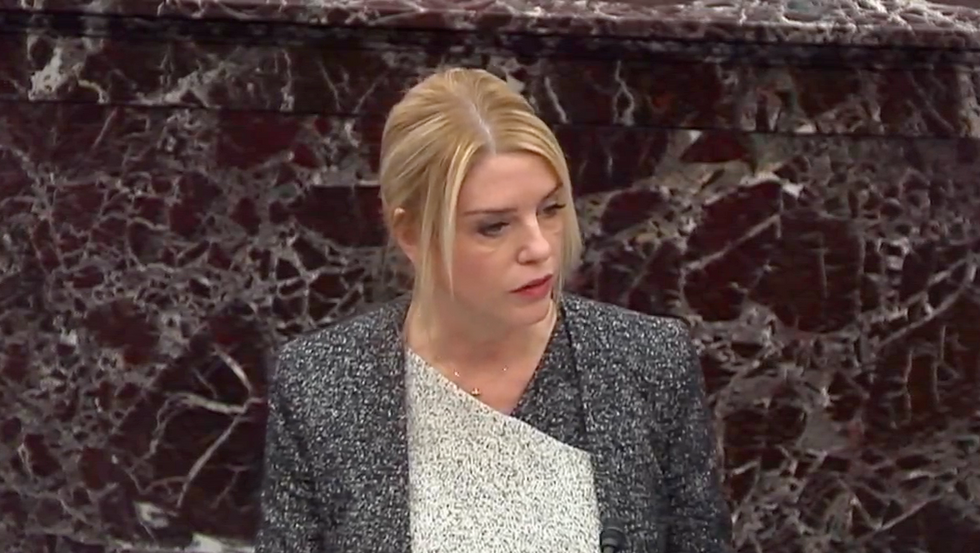 Former Florida attorney general Pam Bondi, possibly best-known for refusing to join a fraud investigation into Trump University that ultimately led to the President of the United States forking over $25 million, is right now defending President Trump on national TV during the Senate impeachment trial.

As many on social media noted, Bondi refused to join that investigation that led to a $25 million payment from the president, but was only too happy to accept a $25,000 donation from Donald Trump for her re-election campaign, just as she was deciding on whether or not to investigate him

Bondi rocketed to the number two trending item on Twitter within minutes of speaking.

On social media some are calling it “bizarro world”:

Pam Bondi, who ended an investigation into Trump University as AG of Florida within weeks of Trump donating to her… https://t.co/WctcfOM4bu
— David Pakman (@David Pakman)1580160981.0

Some say Bondi has experience “overlooking allegations made against Trump”:

Pam Bondi’s job is to attempt to persuade the public to overlook the allegations in Trump’s impeachment. And when… https://t.co/kE69tXglwa
— Right Wing Watch (@Right Wing Watch)1580160590.0

Some mocked the “frat houses” that never existed at the now-defunct Trump University: