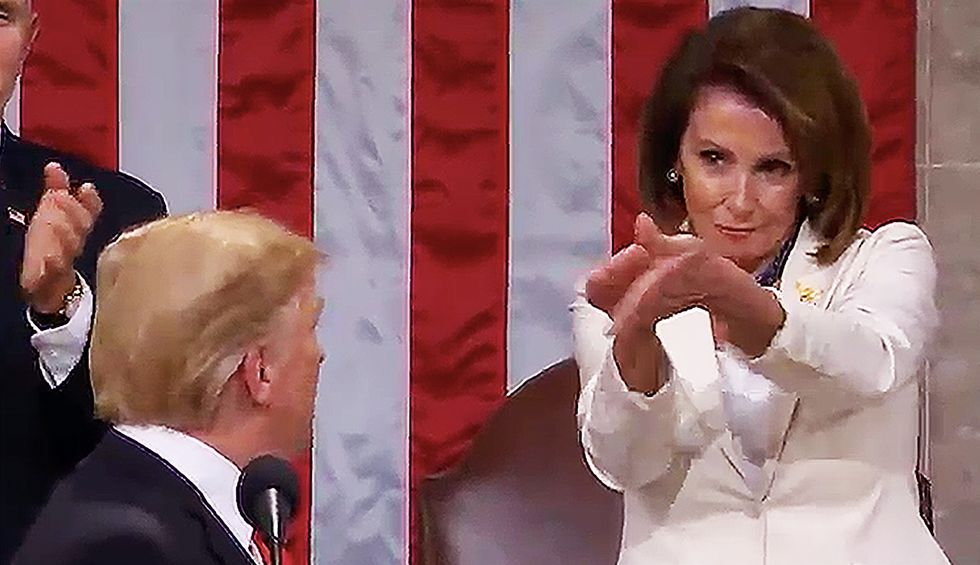 Specifically, they argued, Pelosi should “split up” the articles of impeachment — submitting the article of obstruction of Congress, but holding onto the article of abuse of power for further investigation.

“Separating the two articles — our preferred approach — would make perfect sense,” they wrote. “When it comes to the second article, all the evidence about Trump’s obstruction is a matter of public record. There’s nothing more to add, so the second article is ripe for trial. But as to the first, although there is plenty of evidence demonstrating Trump’s guilt, his obstruction has prevented all of the evidence from coming to light.”

“Since the House voted to approve the articles of impeachment last month, new revelations of Trump’s involvement have emerged, including emails showing that aid was ordered withheld from Ukraine 91 minutes after Trump’s supposedly ‘perfect’ phone call with President Volodymyr Zelensky,” they wrote. “Trump’s former national security adviser, John Bolton, has said he is willing to testify before the Senate if subpoenaed, and Bolton’s lawyer has said he has new information, yet McConnell has balked at assurances that Bolton would be called.”

“How can one conduct a ‘trial’ without knowing this evidence?” they continued. “As lawyers, we have never heard of a trial without witnesses. Both past impeachment trials of presidents featured witnesses — including 41 in the impeachment of President Andrew Johnson. And the lack of witnesses is particularly striking given the shell game Trump and his Republican colleagues have played. In the House, Trump prevented executive branch employees from testifying, but said some of them would be able to testify in the Senate. Now that we are in the Senate, Republicans say these folks should have testified in the House. Lewis Carroll would be pleased.”

“McConnell claims he is adhering to the rules in the impeachment of President Bill Clinton,” they said. “But there’s one big difference: Clinton didn’t gag all the witnesses and documents in the House and the predecessor investigation; as a result, there was a full record before the Senate. And there were, in fact, witnesses who were deposed as part of the Senate trial nonetheless. This time, the reason this evidence wasn’t generated in the House has everything to do with the defendant in the impeachment case itself. That is the case for sending up the second article now, to put the spotlight on Trump’s obstructionism.”

“Holding the first article back and letting the second go forward would be a powerful and precise response to McConnell’s unprecedented attempts to avoid committing to a real trial,” they concluded. “It makes practical sense but also highlights what’s at stake here. Trump would be forced to undergo two impeachment trials instead of one — but that’s a fair price for him to pay for his attempts to hide evidence from the American people.”