Former Acting Solicitor General: Trump 'should have nothing to fear’if he's innocent — and his refusal to testify ‘speaks volumes’ 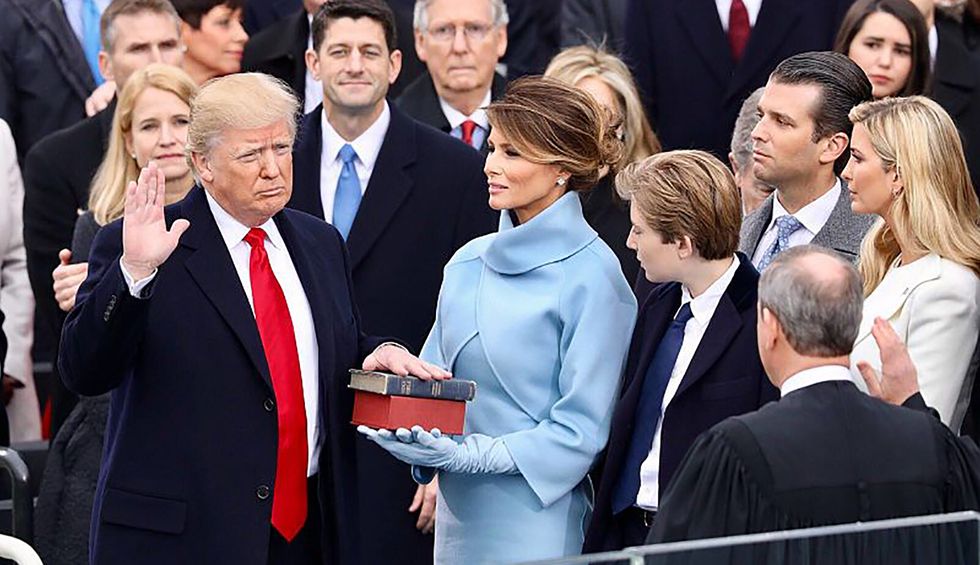 It remains to be seen who will or won’t testify at President Donald Trump’s impeachment trial in the U.S. Senate; former National Security Adviser John Bolton has said that he would testify if subpoenaed. And attorney Neal Katyal, former acting solicitor general in the Obama Administration, has another idea for a witness: Trump himself.

Sunday on Twitter, Trump reiterated his assertion that his impeachment is nothing more than a “witch hunt” carried out by “partisan” Democrats. Trump posted, “Many believe that by the Senate giving credence to a trial based on the no evidence, no crime, read the transcripts, ‘no pressure’ Impeachment Hoax, rather than an outright dismissal, it gives the partisan Democrat Witch Hunt credibility that it otherwise does not have. I agree!”

Katyal, in response, tweeted, “So come and testify and explain why 18 witnesses, many from your own Administration, have testified in Congress and thrown the book at you. So far, the count is 18-0. Your party controls the Senate. If you are innocent, you should have nothing to fear.”

In a separate tweet on Sunday, Trump complained, “Why should I have the stigma of Impeachment attached to my name when I did NOTHING wrong? Read the Transcripts! A totally partisan Hoax, never happened before. House Republicans voted 195-0, with three Dems voting with the Republicans. Very unfair to tens of millions of voters!”

Katyal responded by once again calling for Trump to testify at his Senate trial. The attorney wrote, “If you really believed this, you’d be trying to clear your name — clamoring for a real trial, with witnesses+docs, and you would testify under oath that you did ‘nothing wrong.’ The fact that you don’t speaks volumes and far more than your protestations of innocence on, ahem, Twitter.”

So come and testify and explain why 18 witnesses, many from your own Administration, have testified in Congress and… https://t.co/QKxH2KpZp0
— Neal Katyal (@Neal Katyal) 1578860079.0

Katyal isn’t the first person who has urged Trump to testify before Congress. In November, conservative Never Trump attorney George Conway (who is married to Trump senior adviser Kellyanne Conway) tweeted, “@realDonaldTrump, why don’t *you* testify? Are you afraid, as you were with (former Special Counsel Robert) Mueller, that your stable genius couldn’t withstand cross-examination under oath?”