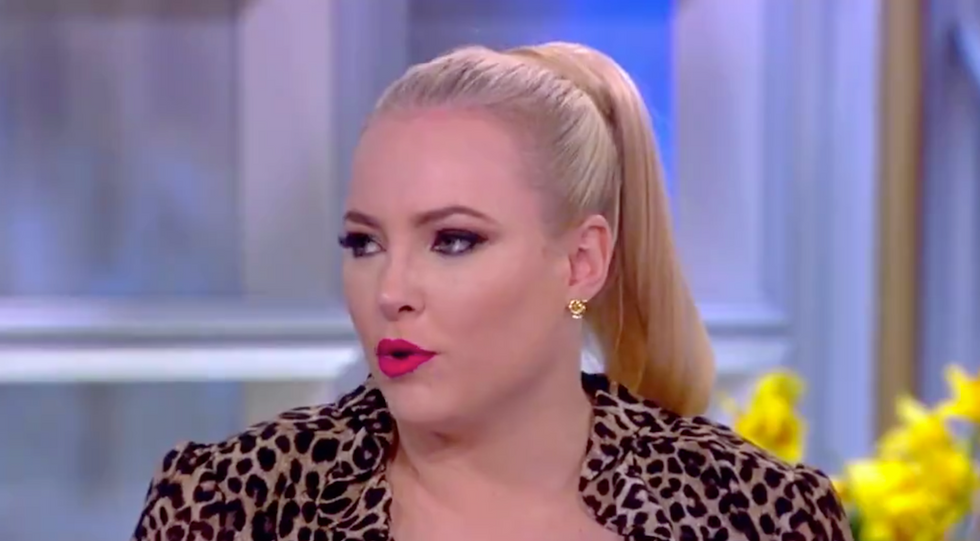 On Monday’s broadcast of “The View,” conservative co-host Abby Huntsman announced that she is leaving the popular ABC talk show and will be working on the 2020 campaign of her father, former Utah Gov. Jon Huntsman (who is running for that position again). But CNN Business reported that according to its sources, Abby Huntsman had reasons for leaving the show other than her father’s gubernatorial campaign: a “toxic” work environment and friction with co-host Meghan McCain. And according to the Daily Beast’s Lloyd Grove, ABC executives wanted Huntsman to deny the CNN story — which she refused to do.

Grove reports that “multiple” sources told the Beast that ABC executives Hilary Estey McLoughlin and Barbara Fedida “asked Huntsman to go on-camera and counter reports of internal strife by putting a positive spin on The View’s supposedly collegial workplace instead of the scorpions-in-a-bottle ambiance that is frequently portrayed in the tabloids.” But Huntsman, following the advice of co-host Whoopi Goldberg, refused to do it; Goldberg, Grove reports, believed that denying the reports of a toxic work environment would only fuel the tabloid gossip.

The tension between McCain and Huntsman, CNN Business reported earlier this week, stemmed from Huntsman discussing parenting on the show. McCain (daughter of the late Arizona Sen. John McCain) had suffered a miscarriage and believed that Huntsman was being insensitive by discussing parenting-related topics.

According to the Daily Mail, ABC executives are hoping that CNN’s Ana Navarro (a GOP strategist and vehement critic of President Donald Trump) will become more prominent on “The View.”  The Mail reported that with Huntsman “out the door, ABC is trying to find a way to convince Friday co-host Ana Navarro to commit more time to the show, as bosses rave about the Republican…. The proud Never-Trumper has become a fan favorite on the show, especially for her ability to keep Meghan McCain in check.”