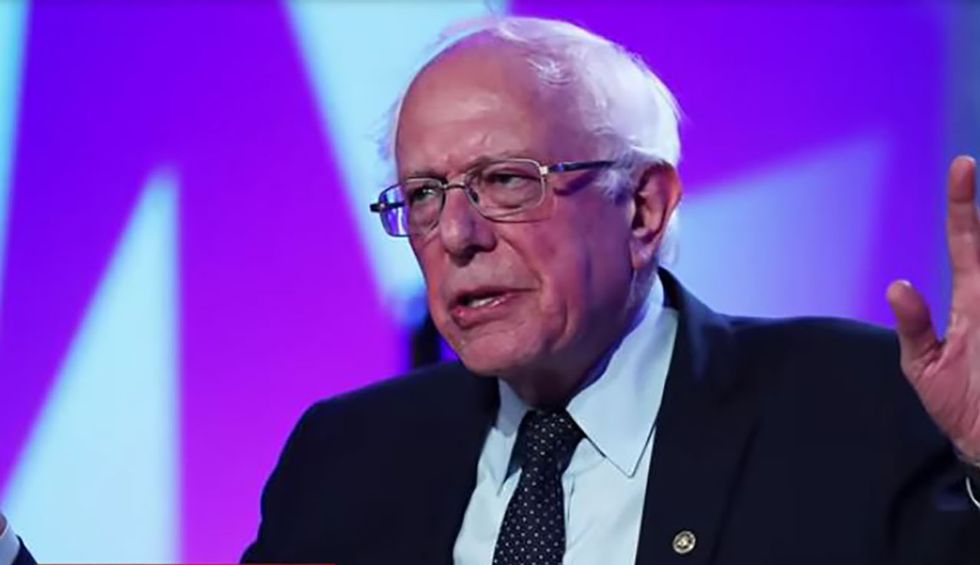 Sanders' Green New Deal is a sweeping proposal that calls for "100 percent renewable energy for electricity and transportation by no later than 2030 and complete decarbonization by at least 2050" while investing $16.3 trillion over ten years to create an estimated 20 million new jobs, support vulnerable communities and a just transition for workers, and fund a massive infrastructure project.

The Vermont senator has said such a plan is necessary to avert the worst impacts of the climate crisis.

Biden made his comment attacking the plan during a campaign event in Iowa on Friday, but climate experts like meteorologist and journalist Eric Holthaus were quick to object:

.@BernieSanders responds: "My good friend Joe Biden has recently said, and I quote, "not a single, solitary scienti… https://t.co/JOnEwGtTZ9
— People for Bernie (@People for Bernie)1580063199.0

Proof of that support came Tuesday in the form of the succinct yet forceful letter (pdf) addressed to Sanders by 57 climate researchers and scholars. "The top scientific body on climate change, the United Nations Intergovernmental Panel on Climate Change (IPCC), tells us we must act immediately to bring the world together to stop the catastrophic impacts of climate change," the letter states.

"The Green New Deal you are proposing is not only possible, but it must be done if we want to save the planet for ourselves, our children, grandchildren, and future generations," it continues. "Not only does your Green New Deal follow the IPCC's timeline for action, but the solutions you are proposing to solve our climate crisis are realistic, necessary, and backed by science. We must protect the air we breathe, the water we drink, and the planet we call home."

In a tweet Tuesday night, Geoffrey Supran, a research associate in the Department of the History of Science at Harvard University, said that while the "scholarship is clear" and the technology to solve the climate crisis is available, "what we lack most is political will." According to Supran, "Mr. Biden's comment embodies that."

The letter is far from the only endorsement of the Sanders' climate plan. As soon as his Green New Deal plan was released in August of 2019, it was heralded by green groups and climate experts as a "game-changer"; "a roadmap of what we as a society need to do to confront the climate emergency"; and the only proposal "put forward by a major candidate that represents a level of ambition that matches the scale of the unprecedented crisis in which humanity now finds itself deeply entangled."

According to Dharma Noor, writing for Earther over the weekend:

You can argue about some of the details of Sanders' climate plan, but you can't argue about the seriousness of the crisis it will have to take on. The climate crisis is already causing heat waves, wildfires, storms, and floods. And unless we take serious action, it's going to get far, far worse. On that, the science is clear and the Sanders' plan is absolutely in line with what's needed to address it.

"To have any chance of getting to net-zero by 2030, we certainly need a plan that looks a lot more like Sanders' than Biden's," [Dr. Peter Kalmus, Associate Project Scientist at the UCLA Joint Institute for Regional Earth System Science & Engineering] said. "I don't know if we can get to net-zero emissions by 2030, no one knows. But I do know that it's up to us, and if we don't try, then we certainly will fail."

According to the climate ranking scorecard put out by Greenpeace, which assess the proposals of all the 2020 candidates, Sanders is the only presidential hopeful who garners an A+ grade, putting him at the top of the chart. Biden, meanwhile, ranks in 5th place—behind Tom Steyer (A), Sen. Elizabeth Warren (A), and Pete Buttigieg (B+)—with a B+.