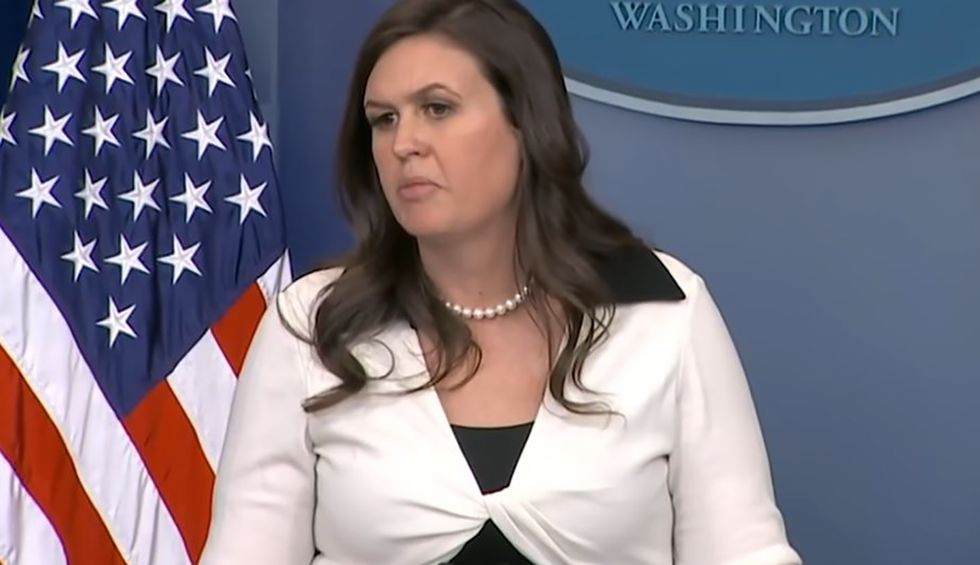 The former Vice President, who grew up with a stutter he has worked his entire life to control, was actually emulating a child who he said came up to him, saying “I can’t talk.”

Huckabee Sanders took to Twitter in an apparent attempt to disparage Biden.

I’ve worked my whole life to overcome a stutter. And it’s my great honor to mentor kids who have experienced the sa… https://t.co/tSTdEejvie
— Joe Biden (@Joe Biden) 1576813340

Huckabee Sanders deleted her tweet, claiming she was “trying to make fun of anyone with a speech impediment.”

It appears few believe her.

I have to say @SarahHuckabee is truly a shitty human being for tweeting this. https://t.co/riedFrqKMb
— Kara Swisher (@Kara Swisher) 1576813381

Another person on Twitter reminded Swisher of the 2018 White House Correspondents Dinner:

The people of Arkansas may elect you but God will never a welcome someone as cruel as you Into his kingdom. Have f… https://t.co/2CDPa5dr1A
— Joe Lockhart (@Joe Lockhart) 1576814093

Here’s prominent journalist Soledad O’Brien, who is the chairwoman of Starfish Media Group:

Congratulations to the @fulbrightboard on your newest member! Well done! What a role model! https://t.co/qMw7UA0Mmk
— Soledad O'Brien (@Soledad O'Brien) 1576815282

This refugee/Trans advocate notes that Huckabee Sanders is actually a Fulbright Board member:

Indeed, here’s Huckabee Sanders’ Twitter bio in which she mentions it:

Huckabee Sanders later apologized but did not admit she was mocking Biden – which also was not well-received: