Watch: Trump tore into Obama in 2016 for playing golf — but now those attacks have blown up in his face 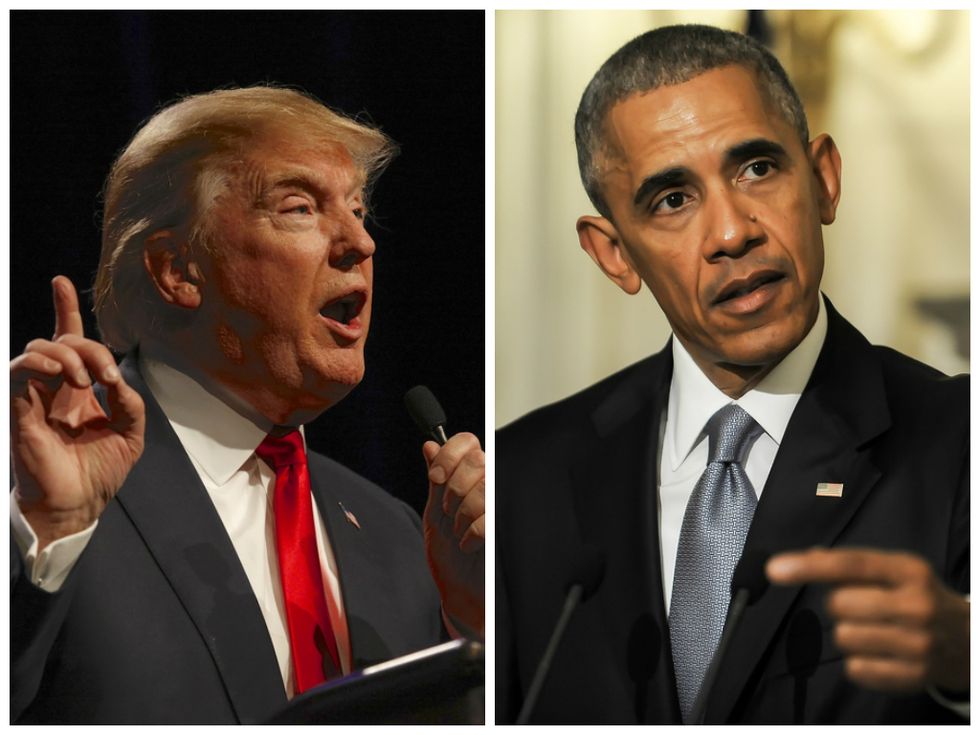 When Donald Trump was running for president in 2015 and 2016, he spent a lot of time criticizing President Barack Obama for playing so much golf — insisting that Obama could have been more productive if he had spent more time in the White House. But Robert Maguire, research director for Citizens for Responsibility and Ethics in Washington (CREW), reported in a Friday morning tweet that Trump has now surpassed Obama in the amount of time spent golfing as president. And Maguire illustrates his point by posting a hilarious video in which candidate Trump railed against Obama's golf habit in 2015 and 2016.

Maguire, in his Friday morning tweet, writes that in December 2015, “candidate Trump criticized Obama” for having “played 250 rounds of golf” during his seven years as president. But Maguire quickly adds, “Trump is making his 251st taxpayer-funded visit to one of the golf resorts he still profits from and said he wouldn’t visit if elected.”

Maguine also tweets, "In less than three years in office, Trump has almost surpassed Obama's eight-year golf tally, which Trump relentlessly criticized on the campaign trail in 2016 (as the video shows)."

In the video, one sees clips of Trump repeatedly swearing that as president, he would be way too busy in the White House to play golf. In a February 4, 2016 speech, for example, Trump insists, “I just want to stay in the White House and work my ass off, make great deals.”

In a February 19 speech in South Carolina, Trump vows, “I’m not going to play much golf, because there’s a lot of work to be done.” And at a February 8, 2016 event in New Hampshire, Trump asks, “When you’re in the White House, who the hell wants to play golf?”