Trump has been an ongoing nightmare for 'outmaneuvered' US diplomats: ‘It’s a hollowing out of the foreign service’ 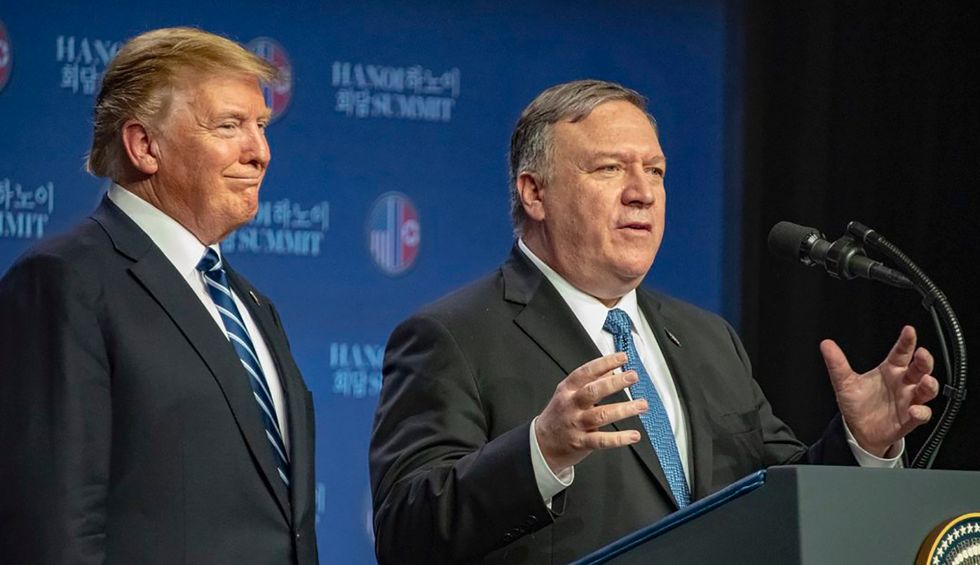 Democrats and Never Trump conservatives — for all their policy differences — often find themselves in agreement that President Donald Trump has been a disaster on foreign policy. And journalist Julia Ioffe, in an in-depth article for GQ this week, describes some of the many problems that Trump has been causing United States diplomats.

One such “novice,” Ioffe points out, is Trump donor Gordon Sondland — U.S. ambassador to the European Union (EU) and one of the witnesses in House Democrats’ Trump impeachment hearings.

“It is no accident that impeachment hangs on a matter of diplomacy — and a standoff between the country’s top foreign policy professionals and the president’s political allies: national security amateurs installed to do Trump’s bidding rather than the country’s,” Ioffe warns.

Ioffe goes on to explain, “Historically, Republican presidents have been even more suspicious of the worldly polyglots at Foggy Bottom. But no president has been as nakedly hostile to America’s diplomats as Donald Trump, who ran on an anti-elitist, anti-‘globalist’ platform and saw the intelligence community’s report on Russian election interference as a ‘deep state’ conspiracy against him. And the foreign service is nothing if not a group of elite, globalist bureaucrats — especially in the view of Trump and his allies.”

The GQ journalist notes that when Rex Tillerson became Trump’s first secretary of state, he “immediately got to work shaping the president’s distrust into reality” and “set about slashing the ranks of the State Department, both through attrition and through proposed budget cuts. The first few months of Tillerson’s tenure was marked by an across-the-board hiring freeze and an exodus of senior, high-profile foreign service officers.”

According to Ioffe, Trump’s successor as secretary of state, Mike Pompeo, “reversed many of Tillerson’s slash-and-burn policies” — but, “foreign service veterans say, the damage was done.”

Interviewed anonymously, a source Ioffe describes as a “foreign service officer who was forced out” told GQ, “What’s striking is both the decapitation of the State Department and the loss of people who should have been the next leadership of the department. It’s a hollowing out of the foreign service. You can’t replace those mid-level people easily at the numbers at which they’re losing them. That will take a generation to rebuild.”

Another anonymous source, described by Ioffe as a “current foreign service official,” told GQ, “China has only professional — not political appointees — and our ambassadors are not always taken seriously. We are very often outmatched and outgunned and frequently outmaneuvered these days.”