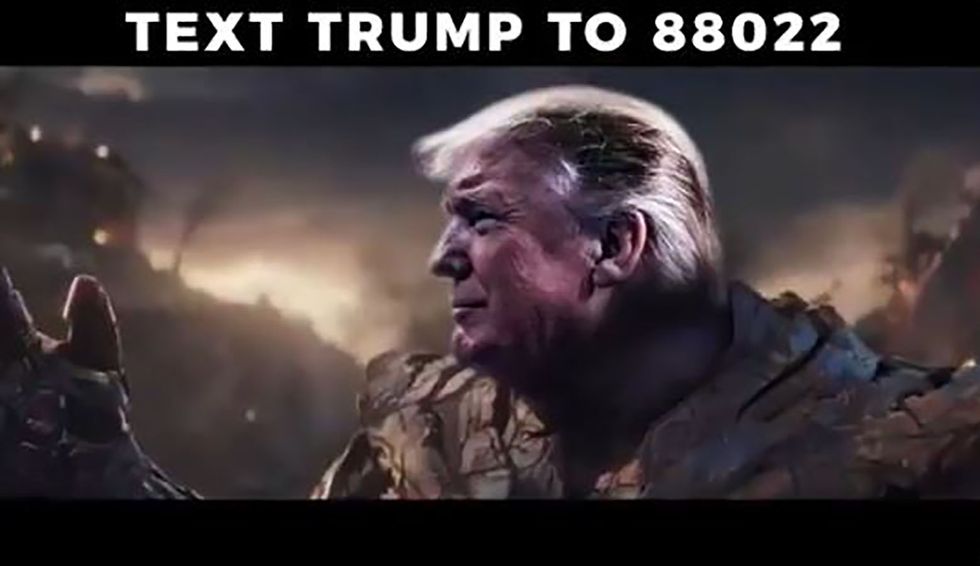 In case you don’t feel like watching Donald Trump as Thanos from the Marvel Universe (because why would you, honestly?), the video shows Trump snapping his fingers and saying “I am inevitable” before it cuts to a shot of Nancy Pelosi and other House Democrats dissolving into dust.

So what are they trying to say? That Trump can’t be stopped even though he’s a giant, evil bully who indiscriminately commits crimes? And the Democrats are crime-fighting heroes? And in the end Trump will lose? Because, uh, that’s what ultimately happens, you morons.

So, sure, this video is just fine with me. Though, honestly, this is the Marvel villain who’s always reminded me more of Trump:

To be fair, Trump’s tongue is maybe two-thirds that size. From what I understand, it evolved spontaneously to allow him to reach the bottoms of Pringles cans. I know that’s not how evolution works but, you know, Trump is a genetic marvel. Or so he says.