To the moon and beyond 5: What space exploration will look like in 2069 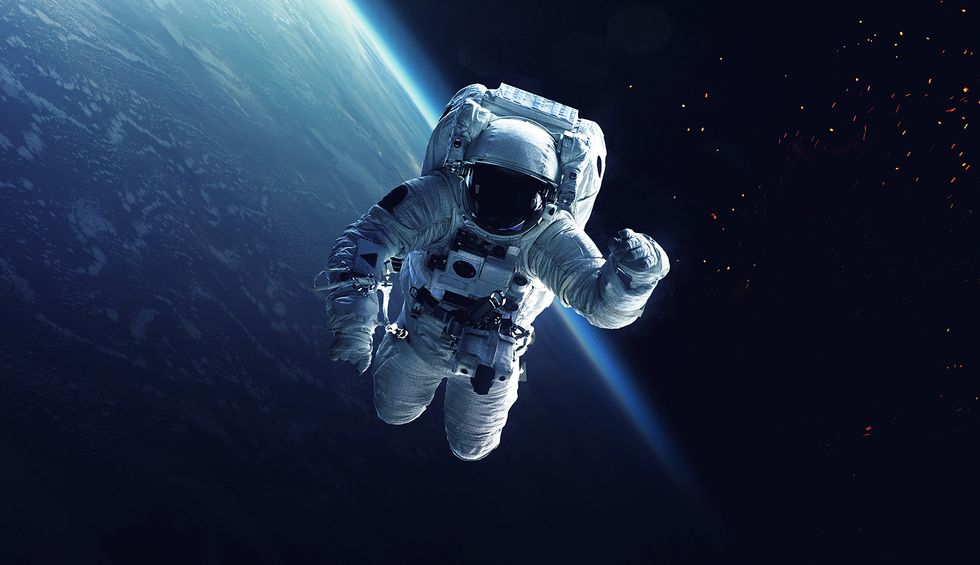 What will space exploration look like in 2069, a century after the first moon landing? In the fifth and final episode of podcast series, To the moon and beyond, we speak to space scientists about the missions they are dreaming about and planning for the future.

In episode four we heard about plans to establish a base on the moon, potentially mining the lunar surface for minerals and even water that could be turned into rocket fuel. Episode five finds out what happens when this is built. How could a base on the moon help us travel to other parts of the solar system? And where should we go? These are some of the questions we investigate.

We start by finding out why the moon is seen as such a great place from which to launch missions further into space. Ultimately it’s down to the fact that the hardest part of any space journey is getting a rocket out of Earth’s gravity.

Alex Ellery, an associate professor of Space Robotics and Space Technology at Carleton University in Canada, explains the different ways it’s possible to exploit the moon’s weak gravity. One way is to build a new space station that orbits the moon – something that NASA and other international space stations are already planning.

Another way is to build a base on the moon’s surface using lunar resources. This would be much more ambitious but could ultimately be safer and more sustainable, according to Ellery:

In fact, there is a veritable host of useful stuff on the moon. Iron, aluminium, titanium, silicon, ceramics, reagents, regolith gases of various kinds, and so on, from which it is possible to build an entire infrastructure and to do this robotically. This is how we get the true value of using the moon as a stepping stone towards Mars and elsewhere.

While different people have different views about when we’ll actually make it back to the moon and how, most academics we’ve spoken to are confident it will happen. Monica Grady, professor of planetary and space sciences at the Open University in the UK, told us where she would go, once a moon base is set up.

For her, it’s all about travelling to the places where life might be. This could be Mars, Jupiter’s moon, Europa, or Saturn’s moon, Enceladus. Europa and Enceladus are unusual in the sense that they have huge internal liquid oceans buried under a thick sheet of ice – heated by the gravitational tug of the huge planets they orbit. Grady says:

If I had to really pick one place where I thought there was definitely going to be life – a living life – I would say Europa. Because Europa has had all those building blocks, it’s had all the ingredients, it’s had plenty of time. I imagine that the ocean floor, Europa’s ocean floor must be a relatively stable environment [for life to develop].

Grady also explains how scientists would go about finding life on another planet – when that life is probably not going to be visible aliens walking around above ground. In cold places like Mars, Europa or Enceladus, it’s more likely to be some sort of microorganism that’s not visible to the naked eye and is deep below the surface.

When it comes to finding life elsewhere in the solar system, a big concern is the extent that humans (and robots built by humans) may contaminate alien ecosystems in the process. At the same time, futurists warn that space exploration is a necessary part of human survival. Anders Sandberg, from the Future of Humanity Institute at Oxford University, says the financial cost of space exploration is a worthwhile investment:

In terms of cost effectiveness, space is maybe not in the cheapest way of saving humanity. There are many other important things we can and should do down here. But it’s not a competition. It’s not like the space budget is always eating into the budget of fixing the environment. In fact they’re quite complementary. One of the best ways of monitoring the environment is after all from space.

Sandberg predicts that humans could be living on Mars in 30 to 100 years time. Going beyond our solar system to exoplanets will be much trickier, but this is the next step. And there are scientists working on far flung missions to explore them. Frédéric Marin, an astrophysicist at the University of Strasbourg in France, is one. He tells us about ideas for a giant, multi-generational spaceship that could go the distance:

You have to find a way to keep your crew alive for centuries-long missions and part of my work is to investigate if this is feasible in biological terms, in terms of physics, chemistry, food production and energy production, artificial gravity, and so on. So I’m currently working on simulations of multi-generational space travels, in which a population will live inside a vessel and procreate, die and the new generation will continue this cycle until the population reaches an exoplanet.

While this kind of mission may get off the ground in the next 50 years, current technology would not see it arrive at the nearest exoplanet until well beyond 2069 into future centuries. So watch this space.

To the moon and beyond is produced by Gemma Ware and Annabel Bligh. Additional reporting by Nehal El-Hadi and Aline Richard. Sound editing by Siva Thangarajah. Thank you to City, University of London’s Department of Journalism for letting us use their studios.

Music: Even when we fall and Western Shores by Philipp Weigl; An Oddly Formal Dance by Blue Dot Sessions; Traverse Night Sky (Non Dreamers) by epitomeZero. All via Free Music Archive.

Take it all in via Zapslat.

Miriam Frankel, Co-host, To the moon and beyond Podcast, The Conversation and Martin Archer, Space Plasma Physicist, Queen Mary University of London.