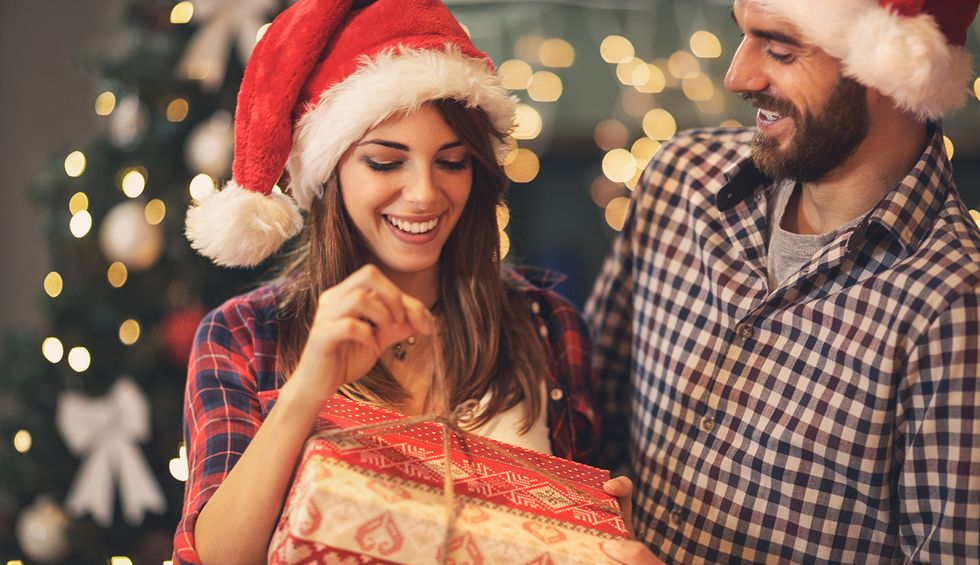 Image via Shutterstock.
The Conversation
December 25, 2019

Imagine the scene – gleeful children ripping open presents, harassed parents surveying the carnage of once-tidy homes, disgruntled relatives muttering disapproval into their third glass of sherry. All familiar sights around Christmas, when the social obligations of the festive season draw people together with their kith and kin.

This type of social event is perfectly natural. Humans are, after all, a social species, regardless of individual preferences. Traditional celebrations can often mean more people and more stress, but what people might not expect so much is how this seems to magnify our emotions. Tempers seem to flare more rapidly, tears are shed readily, and at times, joy can appear to radiate from every face.

How mindfulness could give you the gift of a calmer Christmas

But how far can these magnified emotions be trusted? You’re likely to have gushed over the gift you can’t wait to return to the store on Boxing Day and you’ve probably gritted your teeth and kept quiet while Uncle Frank begins a sentence with “I’m not racist, but …” The reality is that most of us have faked the facial expression we know is expected of us in the moment, knowing that others will be doing exactly the same. And that is perfectly natural too.

Typically, your face will mirror what you’re experiencing inside your own head and body. Facial expressions are a reliable way for humans to communicate and understand each other’s feelings, usually cutting through linguistic and cultural differences.

But they are more complex than simple signals to other humans – they combine a number of different functions. These include behavioural requests, such as the sorrowful quivering lip to tell someone you’re in need of comfort, and intention indicators, such as your mum’s thunderous look conveying exactly what will happen if you don’t behave. Facial displays in other species suggest this range of functions have been shaped by evolution, primarily to enable us to survive today and thrive tomorrow.

But having a face that only ever mirrors what you’re really thinking or feeling would be a distinct disadvantage in the modern world. Your exchanges during social occasions are often managed by cultural display rules that determine when to smile, when to frown and when to shake your head in bewilderment. And this is where the differences between real and fake emerge – in the way your face responds.

Emotions: how humans regulate them and why some people can't

Take your fake smile at the latest hideous gift from Aunt Mabel. How can someone tell you’re not really delighted? A natural expression is spontaneous – it can’t be produced to order, whereas its manufactured altar ego, the facial action, can be summoned at will.

There are also important differences in timing. Natural expressions last a few seconds, but control over facial actions means you can also control how long it shows on your face. The characteristic muscle movements in particular expressions are also not necessarily present in their faked counterparts. The genuine smile – named the “Duchenne Smile” after its original scientific investigator – comprises muscle action around both the eyes and mouth. An obligatory grin tends to activate mouth muscles only. So, it seems like “smizing” – smiling with your eyes and your mouth – is the way to convince others you’re genuinely happy.

Several psychological processes serve to adjust natural expressions to something more socially acceptable. “Masking” is when a real expression is covered by a fake one, and “simulation” describes an instance where a false expression is substituted for an inappropriate emotional display, like laughing at a joke that you secretly don’t get. People keep a “straight face” when they’re trying to hide or neutralise their true feelings. But this involves effort for the brain and the body – so why do people bother?

Is newborn smiling really just a reflex? Research is challenging the textbooks

The answer may lie in theories of facial expression that ignore the importance of a person’s emotional state. These theories emphasise the social environment and suggest that interpersonal signals, intentions and shared social contact dominate how and why people use their expressive faces. And this makes sense when it’s assumed that facial displays take place in front of an audience, real or imagined. In other words, why communicate, if there’s no one to communicate with? So the real question seems to revolve around who our facial expressions are for.

Put this into a Christmas context, and your choices are clearer. You can focus on the “truth” of your thoughts and feelings – your face will betray these anyway, albeit briefly. But perhaps you prioritise peace and goodwill in your family gatherings instead, in which case, the unwritten rules of social interaction take precedence. We often say it’s the thought that counts, so maybe you can hold that smile for just a little while longer.