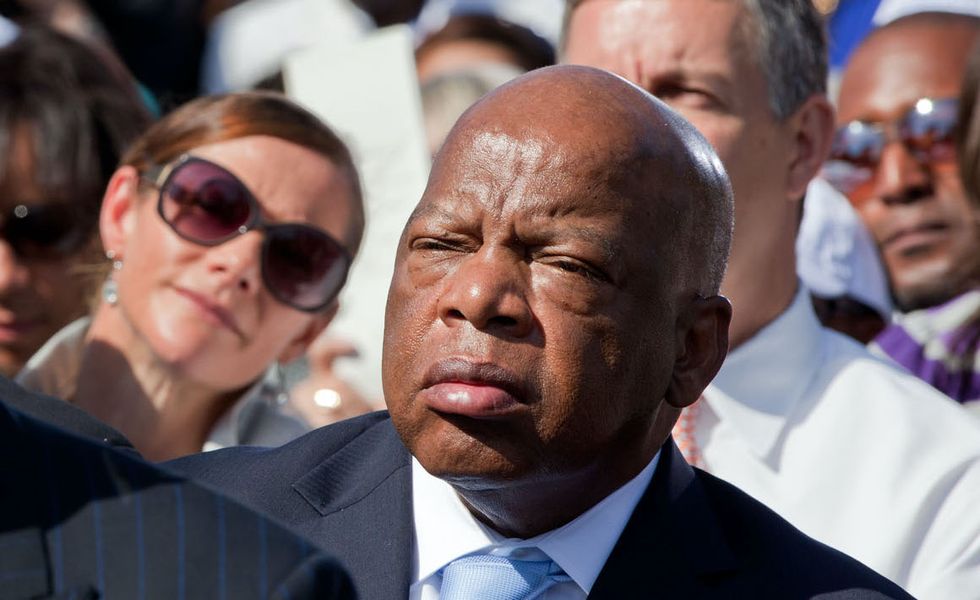 Many people returned to the real world Monday to discover that civil rights icon Rep. John Lewis of Georgia has been diagnosed with stage 4 pancreatic cancer. True to form, Lewis pledged to fight the disease with vigor after a lifetime of fighting for causes that benefitted others and moved the nation toward greater equality for all citizens.

“I have been in some kind of fight – for freedom, equality, basic human rights – for nearly my entire life. I have never faced a fight quite like the one I have now," Lewis said in a statement. But doctors have given him a "fighting chance" of beating cancer, Lewis added, "So I have decided to do what I know to do and do what I have always done: I am going to fight it and keep fighting for the Beloved Community. We still have many bridges to cross."

Support for Rep. Lewis and his new fight came from across the nation. Check out some of the touching sentiments below.

Add your name to thank Rep. John Lewis for his leadership in making America a fairer, kinder, more equitable nation for people from all walks of life.

One of my favorite things at the start of every new Congress has been catching freshmen seeing, then meeting, John… https://t.co/UB0orPZfF7
— Phil Mattingly (@Phil Mattingly)1577662038.0

Last year I got to ask @repjohnlewis to record a brief video message for my little sister, who had been learning ab… https://t.co/jO8k3IcKRU
— Elijah Jacob Mears (@Elijah Jacob Mears)1577666878.0

We are thinking of you and praying for you, ⁦@repjohnlewis⁩. We will carry you in our hearts as you have carried u… https://t.co/gfP1dBuhiD
— Kasim Reed (@Kasim Reed)1577669026.0

.@repjohnlewis is America’s conscience and Georgia’s heart. We stand with him as he fights one more battle - to def… https://t.co/MUSSAKvHdy
— Stacey Abrams (@Stacey Abrams)1577664820.0