Republicans feel obligated to ‘assault the English language’ with terrible grammar in order to show that they’re true conservatives: report 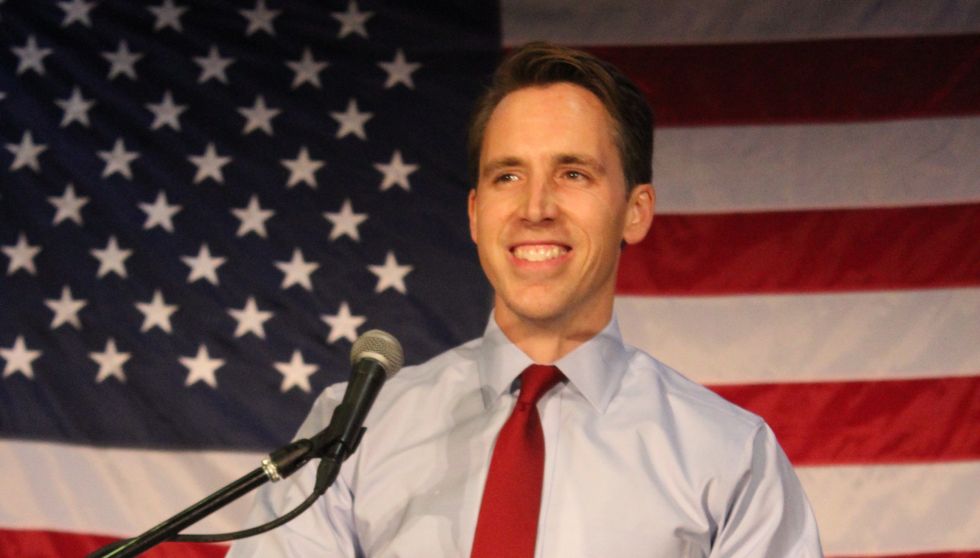 The conservative movement in the United States used to pride itself on having intellectuals like George Will and the late National Review founder William F. Buckley, who spoke with a posh Mid-Atlantic accent that sounded quasi-British. But these days, many right-wing politicians and media figures champion a certain anti-intellectualism —and journalist Christian Schneider, in an article for the conservative website The Bulwark, notes that some Republicans go out of their way to butcher the English language even if they have Ivy League educations.

One example, Schneider notes, is referring to the Democratic Party as “the Democrat Party.” And Republican Sen. Josh Hawley is among the offenders: the Missouri senator, Schneider writes, “fancies himself a salt-of-the-earth Midwesterner who doesn’t truck with fancy elites” — even though he attended Yale Law School.

“Saying ‘Democrat’ instead of ‘Democratic’ has become a shibboleth — a verbal handshake to signal that you’re on Team Red Hat,” Schneider explains. “It’s about as annoying as people rolling their r’s when ordering a burrito to prove they once vacationed in Cozumel. But whatever. Triggering Democrats has become so important to Republicans that they’re willing to assault the English language if the people who like good grammar are the bad guys.”

Schneider observes that saying Democrat Party instead of Democratic Party “doesn’t make sense on any linguistic level” because “Democrat” is a noun and “Democratic” is an adjective — and “one should not use one in place of the other,” he writes.

“Low-key shittiness is now a rite of passage for calling yourself a Republican,” Schneider writes. “And with a tidal wave of nonsense coming from the right on a daily basis, it’s impossible to correct the micro-idiocies. And so, here we are.”

In order to be considered a true Republican in 2019, Schneider notes, one needn’t “spend time ruminating on the proper role of government intervention in our lives. You just have to publicly celebrate anti-knowledge because it drives the DemocRATS nuts” (DemocRATS is one of the cutesy anti-liberal insults one often encounters on alt-right websites).

Schneider wraps up his Bulwark article on a humorous note, observing that Hawley feels obligated to downplay his education in order to appeal to supporters of President Donald Trump.

“An Ivy Leaguer like Hawley must now play the role of lexical low-roader, winking to the MAGA-nistas,” Schneider explains. “Don’t be surprised if his plan to cinch the 2024 Republican presidential nomination will be declaring that gerund phrases are tools of the Deep State.”