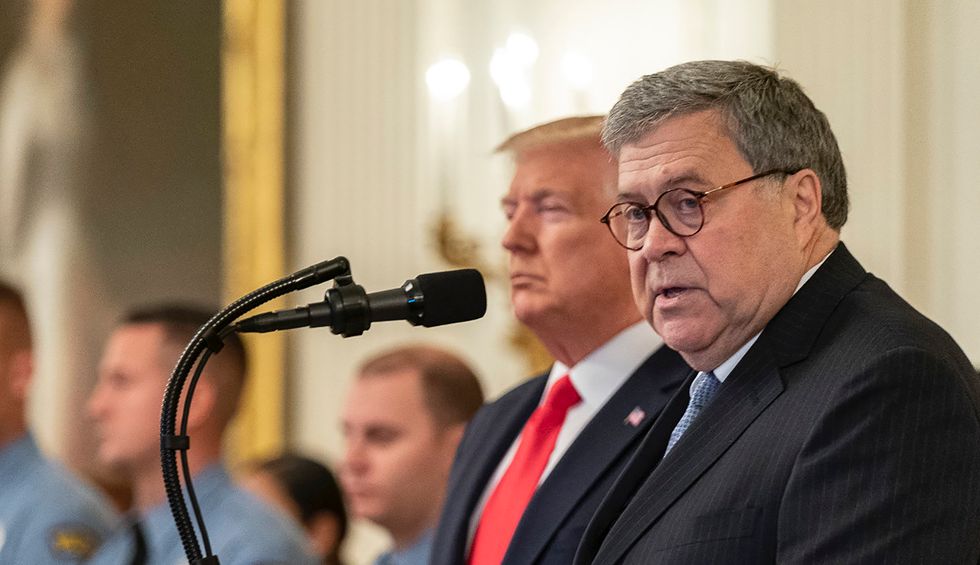 In a blunt-talking op-ed for the New York Times, former FBI Director William Webster took Donald Trump and Attorney General William Barr to task for their attempts to destroy the department in order to save the president from impeachment.

Webster, who is the person to head both the FBI and the CIA, claimed he has never seen an American president lead such a destructive campaign in his life.

“In my nearly 96 years, I have seen our country rise above extraordinary challenges — the Great Depression, World War II, the Korean War, the Vietnam War, segregation, assassinations, the resignation of a president and 9/11, to name just a few,” he wrote. “I am deeply disturbed by the assertion of President Trump that our ‘current director’ — as he refers to the man he selected for the job of running the F.B.I. — cannot fix what the president calls a broken agency.”

“Over my nine-plus years as F.B.I. director, I reported to four honorable attorneys general. Each clearly understood the importance of the rule of law in our democracy and the critical role the F.B.I. plays in the enforcement of our laws,” Webster explained. “As F.B.I. director, I served two presidents, one a Democrat, Jimmy Carter, who selected me in part because I was a Republican, and one a Republican, Ronald Reagan, whom I revered. Both of these presidents so respected the bureau’s independence that they went out of their way not to interfere with or sway our activities. I never once felt political pressure.”

“I know firsthand the professionalism of the men and women of the F.B.I. The aspersions cast upon them by the president and my longtime friend, Attorney General William P. Barr, are troubling in the extreme. Calling F.B.I. professionals ‘scum,”’ as the president did, is a slur against people who risk their lives to keep us safe,” he wrote. “Mr. Barr’s charges of bias within the F.B.I., made without providing any evidence and in direct dispute of the findings of the nonpartisan inspector general, risk inflicting enduring damage on this critically important institution.”

Webster continued to single out Barr, writing, “The country can ill afford to have a chief law enforcement officer dispute the Justice Department’s own independent inspector general’s report and claim that an F.B.I. investigation was based on “a completely bogus narrative.” In fact, the report conclusively found that the evidence to initiate the Russia investigation was unassailable,” before turning to former U.S. Attorney Rudy Giuliani who has been operating as Trump’s personal attorney.

“I’m profoundly disappointed in another longtime, respected friend, Rudy Giuliani, who had spent his life defending our people from those who would do us harm,” he wrote before adding, “His activities of late concerning Ukraine have, at a minimum, failed the smell test of propriety.”

According to Webster all three men — Trump, Barr and Giuliani — are damaging not only the Justice Department, but the country.

“This difficult moment demands the restoration of the proper place of the Department of Justice and the F.B.I. as bulwarks of law and order in America. This is not about politics. This is about the rule of law. Republicans and Democrats alike should defend it above all else,” he concluded.