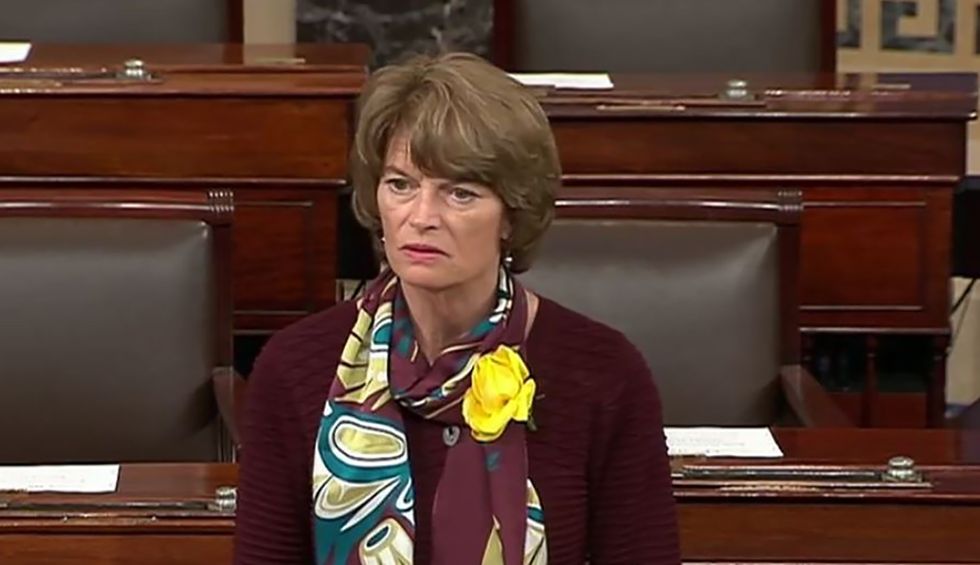 Senator Murkowski Speaks on the 100th Anniversary of the Passage of the 19th Amendment
Tom Boggioni
and
Raw Story
December 26, 2019

Reacting to comments made by Sen. Lisa Murkowski (R-AK), where she took a shot at Senate Majority Leader Mitch McConnell (R-KY) for openly colluding with the White House on President Donald Trump’s impeachment trial, a CNN guest suggested she may have opened the door to more GOP senators to break ranks.

In an interview with local news station KTUU, Murkowski claimed she was “disturbed” about McConnell’s remarks about coordinating with the White House.

“To me it means that we have to take that step back from being hand in glove with the defense, and so I heard what leader McConnell had said, I happened to think that that has further confused the process,” she stated.

“I think there are three main people in the Senate that McConnell needs to look out for,” he began. “I think Murkowski, Romney and Collins who may take that tactic and may say, ‘listen, we care about the procedure, the institutional interests of the senate.'”

“And I think one of the things of inviting in those House managers from the Republican side in Trump’s defense, if it really does become a partisan slugfest, I think they have a chance to lose more Republican senators,” he continued. “This is an interesting impeachment trial. Unlike the Clinton impeachment, the grounds for impeachment against the president are really substantial in a very different way and I think some Republican senators who deeply — if they could, there’s reports if this was done behind closed doors about the vote you’d see 30 Republicans vote to impeach the president. There are some real danger zones for the president and the Senate majority leader.”