‘Incredibly degrading and dehumanizing': James Comey and Lisa Page reveal what it is actually like to be personally targeted by Trump 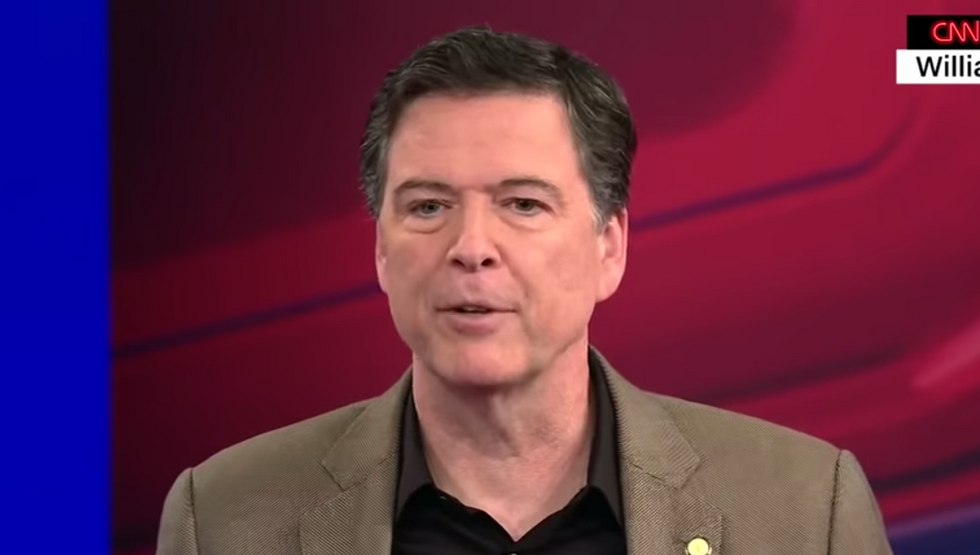 Whether he’s using his Twitter account, MAGA rallies, or press gaggles, President Donald Trump has not been shy about insulting and defaming those he considers his enemies. Former FBI Director James Comey, in a Washington Post op-ed published on the penultimate day of 2019, describes what it is like to be on the receiving end of a Trump hate campaign — and former FBI attorney Lisa Page, another Trump target, responded to Comey’s op-ed with some first-hand experience of her own.

According to Comey, being targeted by Trump has four stages. The former FBI director explains that during the first stage, “the attack is stunning and rocks your world. Waking up to find the president has tweeted that you are guilty of treason or committed assorted other crimes and are a — insert any one of this president’s epithets here — is jarring and disorienting. That’s the first stage, but it doesn’t last.”

Stage Two, Comey explains, is unpleasant but not as jolting as the first stage.

“The second stage is a kind of numbness, where it doesn’t seem quite real that the so-called Leader of the Free World is assailing you by tweet and voice,” Comey observes. “It is still unsettling, but it is harder to recapture the vertigo of the first assault.”

The pain decreases with Stage 3, according to Comey.

“In the third stage, the impact diminishes, the power of it shrinks,” Comey notes. “It no longer feels as though the most powerful human on the planet is after you. It feels as though a strange and slightly sad old guy is yelling at you to get off his lawn, echoed by younger but no less sad people in red hats shouting, ‘Yeah, get off his lawn!’”

During Stage 4, according to Comey, it is easy to simply tune Trump out — which the former FBI director says is a mistake.

“For the fourth, and final, stage, we need to fight through our fatigue and contempt for this shrunken, withered figure,” Comey writes. “Spurred by the danger he poses to our nation and its values, we have to overcome the shock and numbness of earlier stages. We must not look away.”

Page, after seeing Comey’s op-ed in the Post, tweeted, “Yes, 1000 times this.” But Page points out that when it comes to female targets, Trump and his followers often report to misogyny.

Page tweeted, “One big difference: I am not just an FBI target of the President, but a female one. So his followers understand that I’m therefore different, and ‘deserving’ of a special kind of hatred, a vile reduction of my whole existence into body parts and sex acts.”

Page also tweeted, “It’s incredibly degrading and dehumanizing, but I suppose that’s the point, isn’t it.”

Comey wraps up his op-ed by emphasizing that in the months to come, Americans must be vigilant where Trump is concerned.

“We are headed into the storm our founders feared,” Comey warns. “Getting safely to the other side will require all of us to resist complacency and cynicism. Yes, the final stage is a test of the founders’ design, but it is also an opportunity to demonstrate American character.”