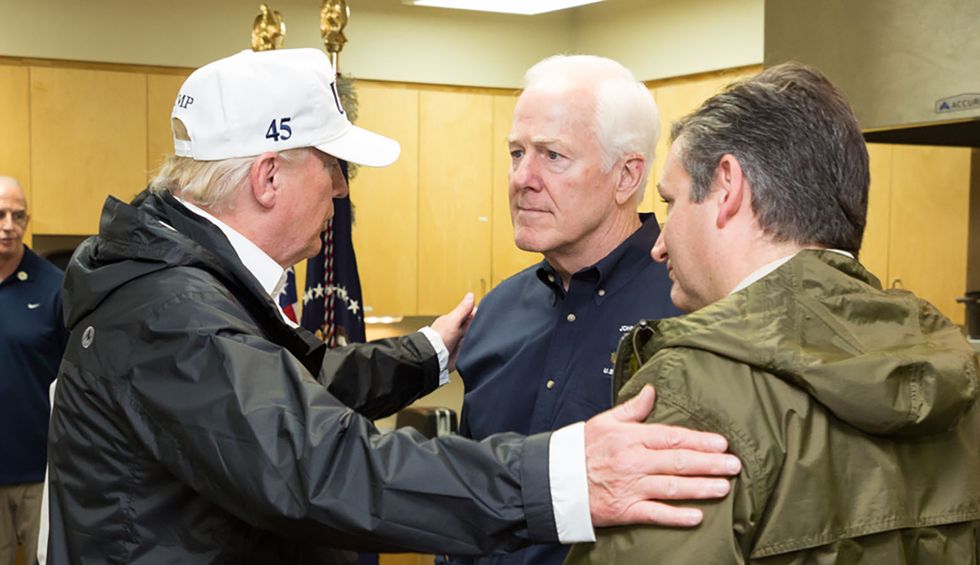 When Donald Trump — with his Patrick Buchanan-influenced emphasis on nativism, protectionism and isolationism — was elected president in 2016, it marked a new era for the Republican Party and, in many ways, rejected the Ronald Reagan/George H.W. Bush view of conservatism. Politico co-founder John H. Harris, in a December 18 op-ed, analyzes Trump’s impeachment and the ways in which it underscores the GOP’s departure from the Reaganesque conservatism of the 1980s, 1990s and 2000s.

“One consequence of the Trump years is that it has knocked conservatives off a high horse that they had been riding since the Reagan era,” Harris asserts. “Ideas matter, they said triumphantly, drawing a contrast with the supposedly transactional, spoils-based nature of Democratic politicians and the interest groups they relied on. Another favorite: denunciations of moral relativism, a way of justifying any kind of selfish behavior when, in fact, right and wrong are absolutes.”

But with so many Republicans vigorously defending Trump during impeachment efforts against him, Harris adds, the 2019 edition of the GOP can hardly complain about Democrats’ “moral relativism” with a straight face.

“For Trump supporters — who back the president even as he regularly shreds once-sacred conservative principles and constantly calibrates his own positions in pursuit of ‘deals’ — ideas matter less than psychology,” Harris explains. “They like him because he somehow fits visceral notions of how purportedly strong leaders should act. As for moral relativism, it is the essence of Trump politics.”

Trump’s impeachment underscores the “moral relativism” of Trumpian Republicans, Harris argues — urging Republicans to honestly ask themselves how they would respond if Democrat and former Secretary of State Hillary Clinton had won the 2016 election and asked a foreign leader to investigate a Republican rival. And Harris wants to know how the impeachment of President Bill Clinton by a GOP-controlled House in 1998 was justifiable but the impeachment of Trump in 2019 is not.

“I’m not asking people who wanted to evict Bill Clinton from office but indignantly defend Trump against impeachment to justify themselves to me,” Harris writes. “I’m asking, earnestly, how they justify it to themselves. I’d note that most Republicans — at Trump’s insistence — aren’t saying his conduct was troubling but not impeachable. That was the Democratic defense of Bill Clinton. Most are staying quiet.”

In 2007, Harris co-founded Politico with Jim VandeHei (who is now CEO of Axios). Harris is the author of the 2006 book “The Survivor: Bill Clinton in the White House.”