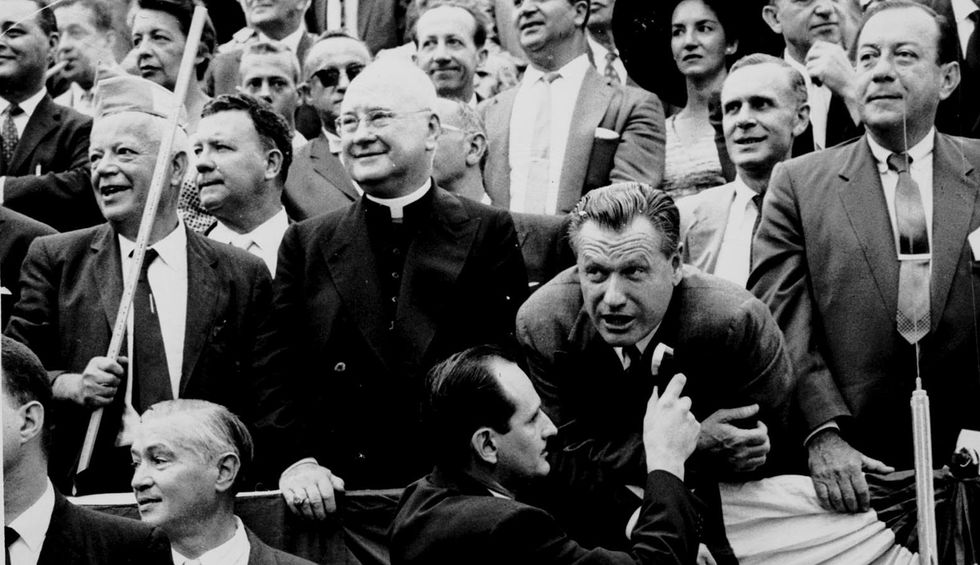 One of the salient features of current headlines is the Republicans’ refusal to break with the president elected on their party ticket. Donald Trump has garnered solid party support even when defying long-held Republican principles of economic conservativism, such as free-trade or low tariffs, and strong opposition to adversaries like Russia and North Korea.

This phenomenon of total party unity runs counter to much of U.S. political history. It has been much more common for national political parties to have multiple wings or factions. Politicians within the same party could disagree on issues, but every four years they would try to coalesce around a single presidential candidate. The political parties have traditionally tried to accommodate a variety of interests and points of view. Because both parties had conservative and liberal wings, presidents could never count on total support from their parties in Congress.

Yet this is no longer the case. As both parties have unified, those whose views are not considered mainstream enough have been sidelined or eliminated. This shift has meant the extinction of the liberal or moderate Republican.

Rising to prominence during the 1930s and 40s, they generally supported the liberal legislation of the New Deal and Truman’s Fair Deal. In the 1960s they backed Kennedy’s New Frontier and Johnson’s Great Society.

Most of them came from the eastern seaboard. Among the best known were New York Governor Nelson Rockefeller, and Senators Jacob Javits and Kenneth Keating of New York, Clifford Case of New Jersey, Leverett Saltonstall of Massachusetts  and George Aiken of Vermont (both of whom served as senator and governor).

During the 1950s and ‘60s their influence proved pivotal. For example, Liberal Republicans had a moderating influence on Republican presidential nominations. In 1952, liberal Republicans secured the nomination of moderate Dwight Eisenhower over conservative Robert Taft. Another instance of liberal Republican influence occurred when Nelson Rockefeller exerted his leverage over Richard Nixon. The GOP was set to nominate Nixon, yet a week before the 1960 GOP National Convention, Rockefeller’s press secretary announced that the New York governor had concerns about the “strength and specifics” in the party platform. New York contributed 10% of the party’s delegates so Nixon worried Rockefeller might be able to swing the nomination.  Nixon flew to New York to hammer out platform agreements with Rockefeller. At Rockefeller’s Fifth Avenue apartment Richard Nixon agreed to increase defense spending, build a stronger nuclear arsenal, increase economic stimulus spending, and oppose segregation and racial discrimination. Sometimes called the Treaty of Fifth Avenue, these agreements prevented a platform fight.

Although their voting records were similar to those of Democrats, these liberal or moderate Republicans never switched parties. Some wanted to remain untainted by the corrupt big city machines that often controlled the Democratic Party. Jacob Javits’s father worked for Tammany Hall and saw Democratic corruption first-hand so Javits preferred the Republicans. Nelson Rockefeller’s family had always been Republican and he and some other Republicans did not want to associate with the racist, segregationist Southern Democrats. Like the Rockefellers, other liberal Republicans could trace their Republican heritage back to the time of Abraham Lincoln.

The beginning of the end of liberal Republican influence began with the rise of Senator Barry Goldwater. By 1964, the Arizona conservative had become the most popular Republican among party leaders and activists throughout the country. Although Goldwater carried only his home state plus five southern states, the conservative movement grew, fueled in part by negative reactions to the racial turmoil of the 1960s, the war in Southeast Asia, and the development of the counter-culture.

By 1980, most of the prominent liberal Republicans had retired or had been defeated at the polls by Democrats or other Republicans. Robert F. Kennedy defeated Keating in 1964. Saltonstall, who retired in 1966 was replaced by Edward Brooke, a moderate to liberal Republican who lost his seat to a Democrat in 1978; Aiken retired and was replaced by a Democrat in 1974. Case lost to a conservative Republican in 1978 as did Javitsin 1980. Nelson Rockefeller accepted Gerald Ford’s appointment as vice-president and faithfully served a conservative administration.

Beginning with the 1976 presidential election, Republicans began tripping over each other to prove their conservative bona fides. Ford claimed to lead the most conservative administration ever as he vetoed 60 bills passed by the Democratic-controlled Congress. Yet in 1976, the Republican governor of California Ronald Reagan challenged Ford for the Republication presidential nomination. Reagan claimed he was a true conservative who would dismantle the welfare state and challenge the Washington bureaucracy. In 1976, no liberal wing spoke up to counter the Republican drift to the right.  Although he narrowly lost the nomination, Reagan was elected president in 1980, signaling the beginning of a new more conservative era in American politics.

Since then, candidates have been largely in lockstep on economic issues such as taxes, government size, immigration, and social issues such as abortion and gay marriage. Anyone who dissents from these views has been marginalized or silenced to the detriment of the party and the country.

Formerly, the Republican Party was composed of liberals, conservatives, and some who viewed themselves in the middle of the road. In Congress, liberal Republicans were often able to reach across the aisle preventing the gridlock that is so pervasive today. The wings of the party debated and competed with one another, but were usually able to unite behind a presidential candidate with broad appeal in a general election. In Federalist 10, James Madison states that politically diverse factions competing with one another would prevent tyranny. One cannot say that tyranny pervades the Republican Party. But one dominant faction does exist representing an extremist base. If a vibrant liberal Republican wing had been present in 2016, American history since that year might well have been very different.