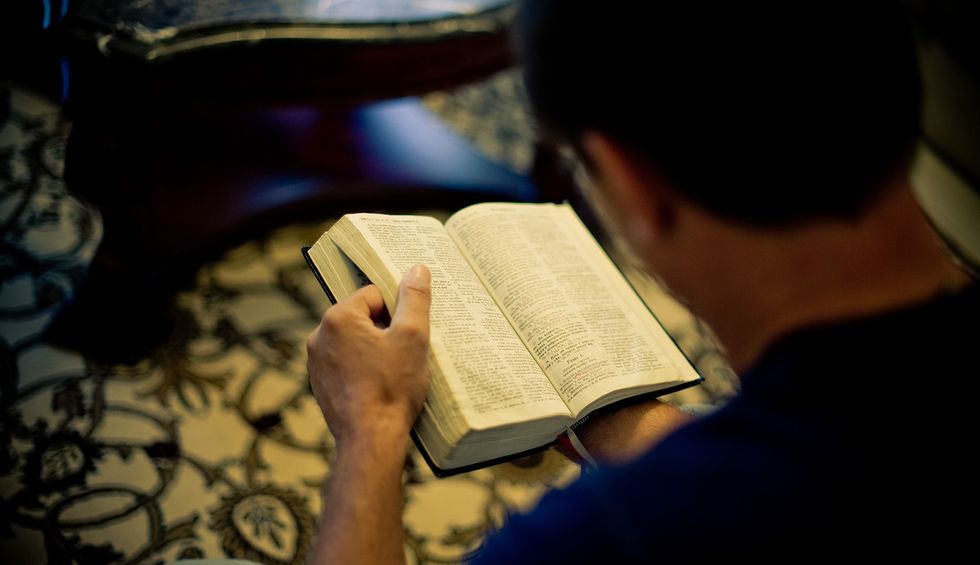 Christianity is on the way out, according to surveys Americans who identify as Christian have dropped by 12 percent in the last decade, and those who identify as having no religion have increased 9 percent.

The Daily Beast cited multiple researchers who have examined the evolution of religion and the turn toward science. Christian fundamentalism is adding to the problem as some sects devolve back to the 1600s when science and religion were mutually exclusive.

“Those who have remained faithful are more fundamentalist than ever,” said the Beast. “Moderate Protestantism has declined, while conservative evangelical religion has increased as a percentage of America’s religious, with immediate political consequences: Donald Trump would not be president had conservative evangelicals and Catholics not rallied to his side, despite his many personal transgressions and evident lack of faith.”

Science, by contrast, has provided answers for those who hear “voices of the Devil” or who say they literally hear “the voice of God.” As neurology advances, doctors can pinpoint the source of delusion and use medication to aid in mental and emotional healing. Still, the well-known Bible stories persist in culture, which Pascal Boyer explained in his 1994 book is due to their simplicity.

“Religious stories, in another irony, have survived human history’s version of natural selection. They are the ones that have stuck around, and they’ve done so not because of their truth or value, but because they are the kinds of stories that human brains understand, and want to repeat,” The Beast paraphrased.

Robert McCauley argued in his 2011 book that religion is “cognitively natural” and reflects how humans think after millions of years of evolution. The brain processes things “fast, (mostly) unconscious, automatic, effortless, intuitive thought.” It makes sense for the early years of human life when those who couldn’t think fast were often killed by larger animals.

“Science, McCauley shows, is actually very unnatural and counterintuitive. For example, we ‘naturally’ look for agents who take actions in the world; we look for quasi-people, not impersonal forces. But science has shown that impersonal forces—the laws of physics and natural selection, for example— actually are responsible for most of the world around us,” explained The Beast.

Essentially, the big questions humans have always asked like, “where did we come from?” and “are we alone?” are also questions our brains want to find easy explanations to.

For fundamentalists, whose brains are not accustomed to thinking critically, rational arguments don’t make a dent with entrenched belief systems. McCauley explains, “people are rarely argued out of beliefs that they were not argued into in the first place.”

When confronted with evidence that conflicts their worldviews, fundamentalists blame the sciences.

The Beast went on to cite Antony Alumkal’s 2017 book, Paranoid Science: The Christian Right’s War on Reality, which explains how conservative Christians not only don’t trust science, they then create conspiracy theories about scientists to justify their beliefs.

“Alumkal’s examples are familiar: climate denial, intelligent design, ‘gay conversion therapy,’ and opposition to stem cell research. In each case, drawing on Richard Hofstadter’s classic The Paranoid Style in American Politics, Alumkal shows how rather than simply state that their faith disagrees with the scientific evidence, Christian Right figures have created a fake scientific discourse to compete with the real one, which they allege to be a conspiracy,” the report explained.

The example they used was the evangelical group, the “Cornwall Alliance,” which takes a large portion of its funds from oil companies and oil executives. Naturally, the group doesn’t believe that climate change is real. It’s akin to a corrupt politician taking funds from an industry lobbyist and voting to support that industry. The main difference, however, is that religion uses God to justify their corruption and emotionally manipulate followers to believe the same.

Cornwall has resorted to creating conspiracy theories about the 97 percent of climate scientists who believe in the science.

The Beast compared it to atheists, whose militantism isn’t exactly comparable to fundamentalist Christianity. Atheists don’t burn people at the stake for being a witch, put scientists under house arrest for believing the Earth is round or perform exercises to remove demons. There are atheist activists like Sam Harris, Richard Dawkins and the late Christopher Hitchens, The Beast recalled. they want to rid the world of religion, but most non-believers just want to be left alone. None are taking up a flaming sword to crusade against religious leaders.

According to Jerome Baggett’s 2019 book, The Varieties of Nonreligious Experience: Atheism in American Culture, Atheists have positive values based on the goodness of humanity. The value integrity, “open-mindedness, and the importance of progress.”

Read more about the conflicting beliefs and the ways right-wing fundamentalist Christianity is pushing people away from religion at The Daily Beast.