Former Pennsylvania GOP governor: Trump committed an ‘abuse of power’ with Ukraine — and a second term would be ‘contrary to the best interest of our country’ 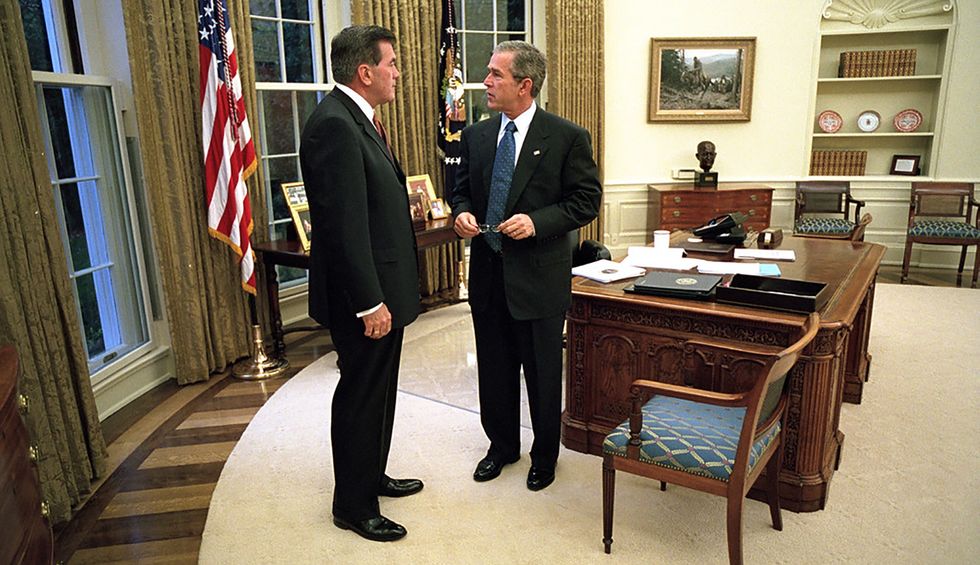 One of the two articles of impeachment that House Democrats unveiled this week against President Donald Trump is for “abuse of power” (the other is for obstruction of Congress). And Republican Tom Ridge, former secretary of the U.S. Department of Homeland Security (DHS) and ex-governor of Pennsylvania, asserted during a speech in Harrisburg (Pennsylvania’s state capitol) that Trump committed an abuse of power when he asked Ukrainian President Volodymyr Zelensky to investigate former Vice President Joe Biden — who Trump might end up running against in the 2020 presidential election.

Speaking at an event on renewable energy sponsored by the Pennsylvania Energy Forum, the 74-year-old Ridge told the crowd, “I am disappointed and troubled by the very fact that my president — and he is my president — would ask a foreign leader of a troubled country who’s been besieged by an enemy of the United States, to do him a political favor. As far as I’m concerned, it is abuse of power.”

Although fiscally conservative and right-of-center politically, Ridge has often been described as a GOP “moderate” over the years; he’s right-wing, but not far right. And because he is pro-choice on abortion, Ridge isn’t popular with the Christian right: back in 2001, the late Rev. Jerry Falwell, Sr. (of Moral Majority infamy) was furious that President George W. Bush wanted Ridge and Christie Todd Whitman (two-term GOP governor of New Jersey) in his administration.

In 2008, Ridge was often mentioned as a possible presidential running mate for the late Sen. John McCain. But McCain chose Alaska Gov. Sarah Palin instead because of pressure from the Christian right — even though it was obvious that Ridge was his first choice.

In Harrisburg, Ridge (who has often been critical of Trump) indicated that he is open to the possibility of voting for a Democratic presidential nominee in 2020 if that person would bring the right “experience and demeanor and global perspective” to the White House.

“I’m going to wait and see what the Democrats do before I make my final decision,” Ridge explained. “People know how I feel about Trump; so obviously, I will be looking for an alternative. If not, as I’ve said to folks before, I wrote in the names of two Republican governors before because I love govs.”

On foreign policy, Ridge asserted, Trump has been terrible for the United States.

“Four more years, in my judgment, means we have less and less ability to influence events consistent with America’s interest,” Ridge stressed. “Withdrawing from the rest of the world, criticizing your allies, refusing to build out other relationships is contrary to the long-term best interests of the United States. If we would continue that for the next four years in a world that becomes progressively more perilous, more challenging, I think is contrary to the best interests of our country. I just do. I can’t be any more clear.”