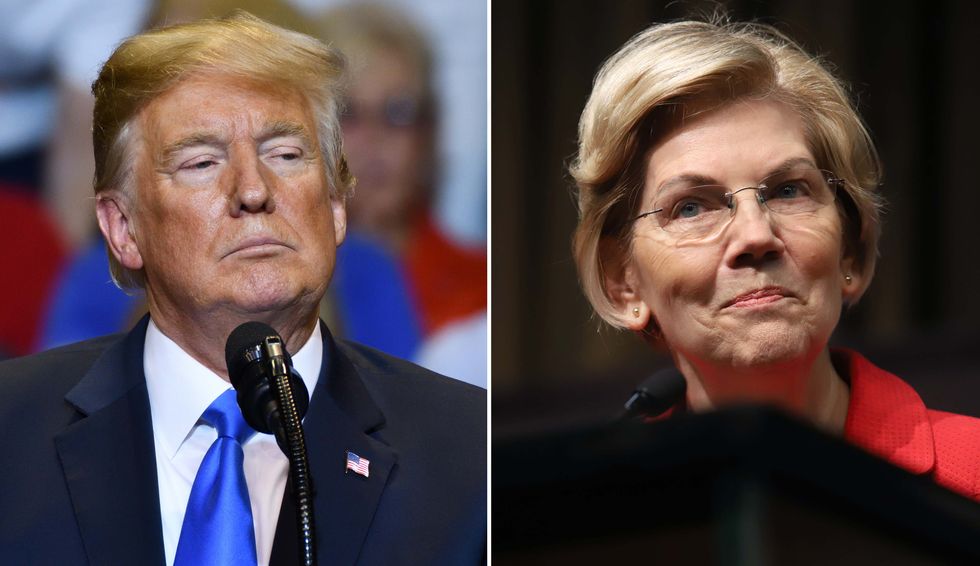 It remains to be seen whether the Democratic Party will nominate a centrist like former Vice President Joe Biden for the 2020 presidential race or go with a staunch liberal/progressive like Sen. Elizabeth Warren or Sen. Bernie Sanders, but many of Warren’s ideas are quite popular among Democrats. And Business Insider, using Fox News polling data, reports that among voters in general, Warren’s proposed wealth tax is more popular than President Donald Trump’s U.S./Mexico border wall.

Fox’s poll, conducted December 8-11, found that among randomly selected voters, 68% of them supported a wealth tax — compared to only 44% of them supporting a border wall.

Fox News’ poll addressed other matters as well, including the impeachment of Trump — which, not surprisingly, is much more popular among Democratic voters than it is among Republican voters. Fox News found that 85% of Democrats favor impeaching Trump and removing him from office, while 84% of Republicans are opposed. Among independents, support for impeachment was 45% in the poll — a 7% increase from 38% in a Fox News poll conducted in October.

Fox News said that its poll had a 3% margin of error.

Critics of Warren’s proposed wealth tax have argued that it would stifle economic growth, while its supporters — making classic New Deal and Great Society arguments — have asserted that reducing inequality in the U.S. must be a high priority. David Goldstein defended Warren in a December 3 op-ed for Business Insider, stressing that “concentrated wealth” must be addressed in 2019 just as President Franklin Delano Roosevelt aggressively addressed it with his New Deal programs of the 1930s.