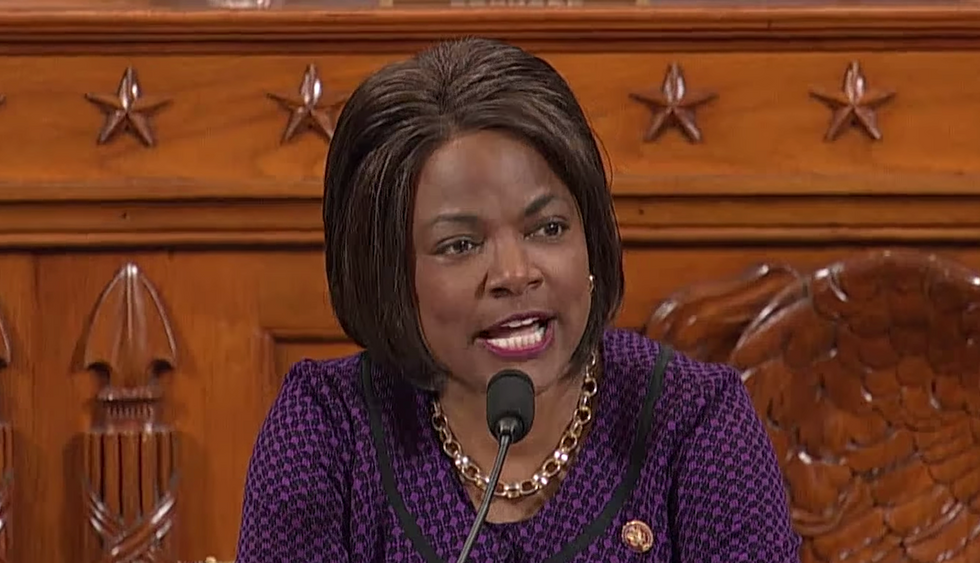 She accused McConnell of promising the White House to "sabotage" the trial. "No court in the country would allow a member of the jury to also serve as the accused’s defense attorney. The moment Senator McConnell takes the oath of impartiality required by the Constitution, he will be in violation of that oath," she said in a statement. That's in response to McConnell's admission on Sean Hannity's Fox News show Thursday night that he would act on Trump's behalf. "Everything I do during this, I'm coordinating with White House counsel," he said. "There will be no difference between the president's position and our position as to how to handle this."

He would be in violation of his oath, as Demings pointed out, referencing Article 1, Section 3 of the Constitution which delineates "The Senate shall have the sole Power to try all Impeachments. When sitting for that Purpose, they shall be on Oath or Affirmation." That oath, or affirmation, every senator will take says "that in all things appertaining to the trial of the impeachment of [President Trump], now pending, I will do impartial justice according to the Constitution and laws: So help me God."

Demings should not stand alone. Every Democrat—including Speaker Nancy Pelosi and her leadership team and Senate Minority Leader Chuck Schumer and his team—should join her. And they should publicly shame any Republican senator still capable of feeling that emotion who is allowing McConnell to get away with this.