'These people are lunatics’: Pro-Trump congressman accused of ‘blasphemy’ after comparing Trump to Jesus Christ 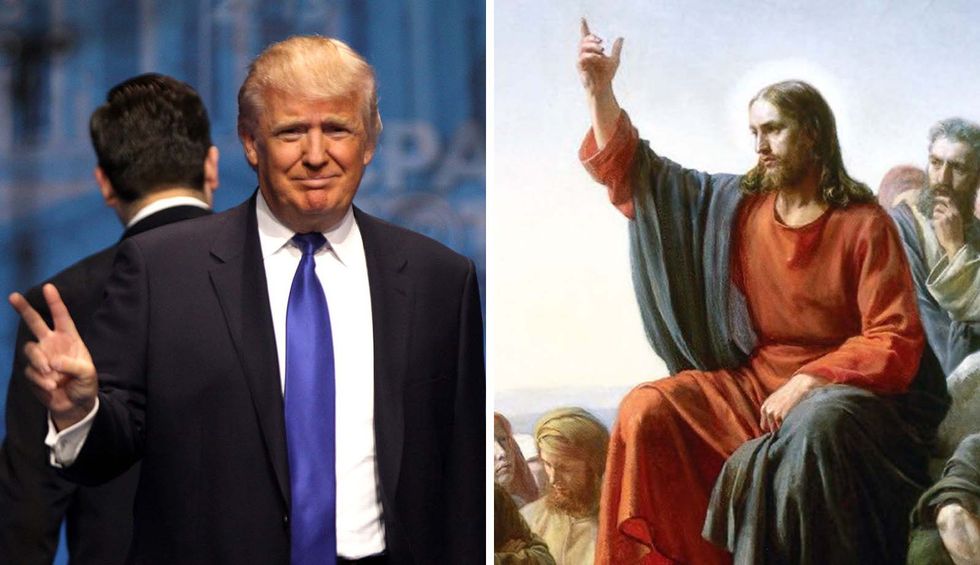 The fact that most Republican members of the U.S. House of Representatives are all in for President Donald Trump was evident on Wednesday as the House was leading up to a vote on two articles of impeachment. But some Republicans were more ridiculous in their pro-Trump statements than others, and Rep. Barry Loudermilk of Georgia event went so far as to compare Trump’s impeachment to the persecution of Jesus Christ.

During his rant on the House floor, Loudermilk angrily told fellow House members: “Before you take this historic vote today, one week before Christmas, I want you to keep this in mind: when Jesus was falsely accused of treason, Pontius Pilate gave Jesus the opportunity to face his accusers. During that sham trial, Pontius Pilate afforded more rights to Jesus than the Democrats have afforded this president in this process.”

...and there it is. A Republican Representative just compared Trump to Jesus. The only thing Trump nails are adult… https://t.co/qus9ejEApZ
— Craig Rozniecki (@Craig Rozniecki)1576696411.0

Did that dumb motherfucker just compare Trump to Jesus and the Democrats to Pontius Pilate? #impeachmentday
— Max (@Max)1576696298.0

Loudermilk’s buffoonish comments are being slammed on Twitter. Comedian John Fuselsang posted, “Now they’re actually comparing Trump to Jesus. The only things DT has in common with JC is that they both hung out with hookers & used ghost writers.”

@ElizabethWiggs offered some humorous biblical analysis as well, tweeting, “Trump would have separated Jesus from Mary, put him in a cage, and denied him a flu vaccine.” And @CairoTiger posted, “Does this mean he's going to be crucified ... literally? If he rises on the third day, does that mean the Zombie Apocalypse has begun?”

While @amusic5150 noted that “Trump sure doesn't walk on water or turn the other cheek!,” Lyn Reynolds-John, @attylyn32, wondered, “I hope that causes some evangelicals to think twice about supporting the GOP.”

No this fool did not just compare Trump to Jesus I'm done I can't deal the level of idiocy is just too much #ImpeachmentDay
— Treyshawn Porche (@Treyshawn Porche)1576696505.0