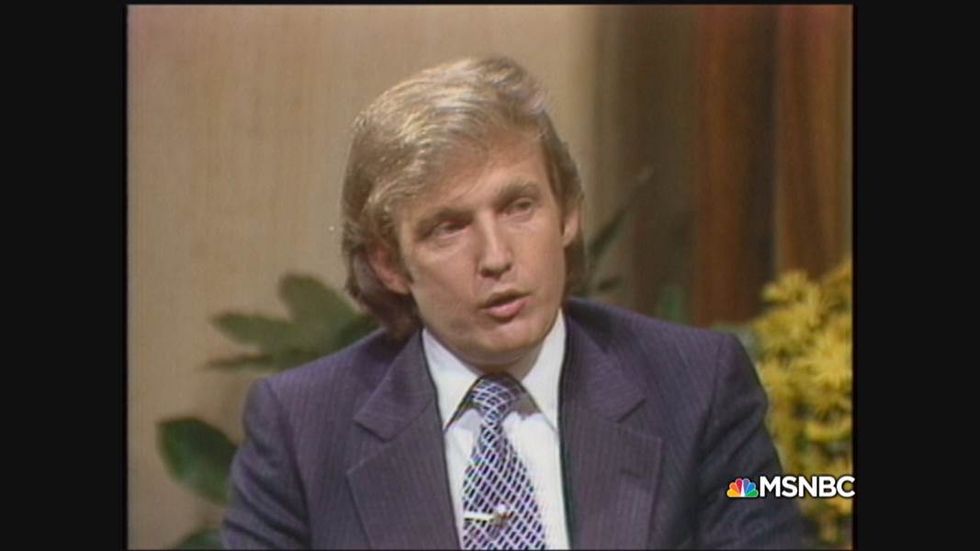 In 1992 — 24 years before he was elected president of the United States — Donald Trump made a very brief appearance in the Christmas film, “Home Alone 2: Lost in New York” (starring Macaulay Culkin). According to ComicBook.com, the Canadian Broadcast Company (CBC) edited that scene out of a broadcast of the film. And the removal of that scene is inspiring a lot of discussion on Twitter.

In the scene, Macaulay Culkin’s character Kevin McCallister wanders into the Plaza Hotel in New York City and asks a man passing by —who is played by Trump — “Excuse me, where's the lobby?” And Trump replies, “Down the hall and to the left. Culkin, now 39, was only 12 at the time.

According to ComicBook.com, the CBC said it edited that scene out to “allow for commercial time within the format.” But some Twitter uses believe the CBC did it to insult Trump. Cynthia P. Garrett posted, “In a prime example of absurdity, CBC Cuts Donald Trump's Home Alone 2 Cameo From Broadcast. Don’t love Trump, but come on folks - Your hysteria over this man has risen to evangelical fervor. Guessing he’ll be scrubbed from history books too?” And @CommonSenseTory posted, “Way to go @CBCNews @CBC ~ rewrite movie history, because you're triggered by @realDonaldTrump.”

Twitter user @JamesEast_ complained, “You guys are the biggest bush league 'journalists' of all time. Editing out Trump's cameo in Home Alone 2. What kind of state-sponsored bulls--t is that? #Defund.”

Other Twitter users viewed the removal favorably. One of them posted, “TV channels are allowed to remove scenes with known criminals :).” And @ihoward tweeted, “almost clicked to watch Home Alone yesterday, but I didn't want to see Trump, so the CBC option meets my consumer choice,” while @DennisGrimble posted, "Thanks @CBC for cutting @realDonaldTrump out of Home Alone 2.