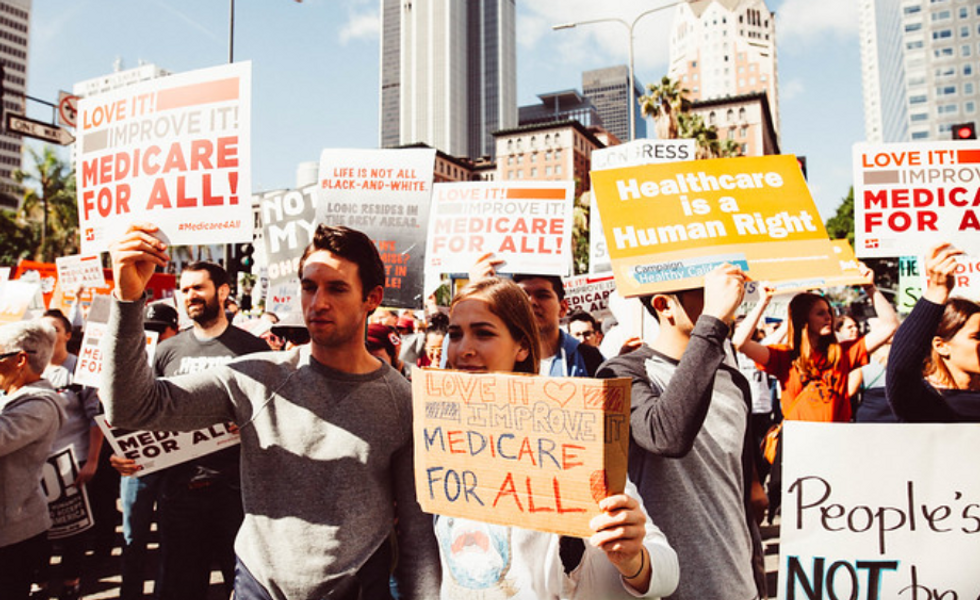 On November 1, Elizabeth Warren released her financing plan for Medicare for All. Overall health care costs decrease, with simplified paperwork, lower drug costs, and a controlled rate of spending growth. The federal government—acting as financial agent—adds $21 trillion in costs over 10 years. This is paid for entirely by taxes on the rich and corporations. There are no tax increases for the middle class, and families would avoid $11 trillion in out-of-pocket costs. For the middle class, Medicare for All offers free choice of doctors (no restrictive doctor lists!) and huge savings (no deductibles or copays!). Warren’s analysis was endorsed by three prominent economists, of varied political persuasions.

And this analysis matches the evidence. More than two dozen wealthy nations have single-payer or a single health plan, and they all spend much less than we do, in part because of far lower costs for paperwork. The vast majority of economic studies of single-payer/Medicare for All in the U.S. agree—overall costs go down. The major challenge is designing financing that is adequate and fair to bring money into the government budget. With growing recognition of the corrosive effects of sharply rising wealth inequality and a non-progressive tax code, “fair” must mean heavily progressive—tax the rich, especially the super-rich. And reduce tax evasion. Return our country to the tax approach used in the latter half of the 20th century, which built the middle class and fueled economic growth. That’s what the Warren plan does.

It’s time to end “Medicare-for-All Denial.” As in the climate debate, there are determined nay-sayers. I can’t speak to their motivations, but the motivations of many who make unsupportable claims about Medicare for All are financial and political. Expect the insurance and pharmaceutical companies to continue and expand their misinformation campaign about Medicare for All. Expect Republicans to pile on. And expect moderate Democratic opponents of Elizabeth Warren and Bernie Sanders to do the same. We saw this phenomenon in the 2016 Democratic primaries, and we’re seeing it again.

The facts are clear: We can do Medicare for All in a way that reduces overall health care spending, and finance the increased federal financing with a taxation structure that begins to redress the unsupportable concentration of wealth in a few super-wealthy individuals as the vast middle class struggles with stagnant wages and rising health care costs.

Beware reporting “balance.” In the climate change debate, 98 out of 100 scientists concluded that climate change is caused by humans, and can only be reversed with concerted effort by humans. The press often translated this into a “balanced” view, presenting the prevailing pro and rare con arguments with roughly equal weight. For years, this approach understated the consensus and urgency. The hearing given to persistent dissenters—who raucously dismiss the evidence—slows action.

The evidence for action on fixing our broken health care system and addressing climate change is strong. One could argue that the evidence for Medicare for All is more compelling because we have ample real-world examples from wealthy democracies that currently use a single-payer or a single mandated health plan. From them, we know how to design and implement a fair and sustainable health care system.

It’s time for our country to join the community of wealthy democracies, by paying for health care in a way that permits efficient fulfillment of a profoundly compelling value: medical care for all.

James G. Kahn, MD, MPH, is an emeritus professor in the Philip R. Lee Institute for Health Policy Studies at the University of California, San Francisco. He has published widely on the cost-effectiveness of HIV prevention and treatment in the developing world, as well as on other health conditions.