Trump’s incoherent administration defends whistleblowers as the president attacks one 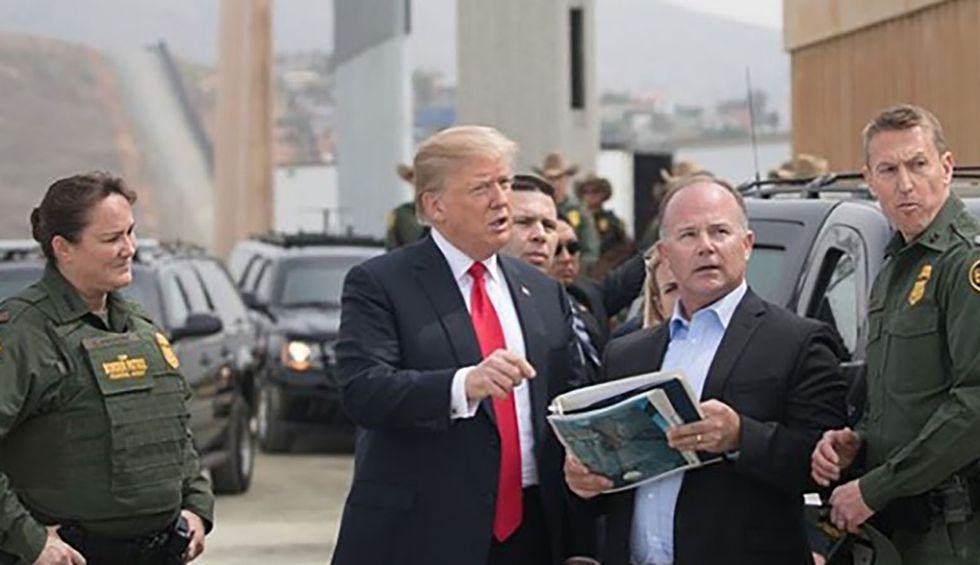 While Donald Trump has renewed demands that the media expose the person who first warned about his Ukraine phone call that triggered the impeachment inquiry, other parts of his administration are defending whistleblowers and showing how essential they are to the proper functioning of our government.

The Securities and Exchange Commission announced Wednesday that it had provided more than $2 billion in financial remedies to investors since 2011 because of tips about fraud and other wrongdoing. It also paid $387 million in awards to the whistleblowers who gave that information.

“Success begets success,” the agency’s Division of Enforcement said in its latest annual report. “As a result, we again received thousands of whistleblower tips and a record number of whistleblower claims in Fiscal Year 2019,” which ended in September.

Trump doesn’t want to hear that good news, or defend decades of legislation and precedent that protect whistleblowers.

It’s not just the SEC that’s benefiting from tipsters. At a sister agency, the Commodity Futures Trading Commission, information from whistleblowers helps drive 40% of fraud and misconduct investigations and has resulted in more than $730 million in penalties, enforcement chief James McDonald said recently.

Trump doesn’t want to hear that good news, or defend decades of legislation and precedent that protect whistleblowers. An unidentified individual first raised “urgent concerns” about Trump’s July 25 phone call with Ukraine’s President Volodymyr Zelenskyy. Since then Trump and Republicans in Congress have tried to dismiss the complaint as erroneous second-hand information.

The president has continued to fixate on the whistleblower even though several senior diplomats have testified under oath before the House Intelligence Committee that Trump demanded Zelenskyy publicly commit to investigating his presidential rival, former Vice President Joe Biden, before releasing military aid for Ukraine. Yet although some right-wing media outlets have identified the person they believe to be the whistleblower, Trump so far has been careful to avoid using the name himself, as that could open him to yet another impeachment charge.

Congress outlawed retaliation against whistleblowers in the 1978 law that established Inspector General offices in cabinet departments and federal agencies. Legislation in 2012 strengthened those protections and created a Whistleblower Protection Ombudsman in each IG to educate employees about their rights and encourage them to come forward. An update of that law, actually signed by Trump last year, renamed those positions as coordinators, made them permanent, and ordered officials to develop best practices for enforcing whistleblower protection laws.

The U.S. Office of Special Counsel, which enforces the whistleblower act, more than doubled disciplinary actions against retaliators in the first five years since the 2012 law came into force.

The whistleblower program pays for itself many times over, even after deducting awards to tipsters. In one of the biggest cases, Johnson & Johnson and its subsidiaries agreed to pay $2.2 billion in fines and forfeitures in 2013 to settle allegations of promoting drugs for uses not approved by the Food and Drug Administration. That case began with private citizens.

The program is about more than just money.

The Department of Defense, which has one of the largest IG offices, receives about 14,000 complaints to its whistleblower hotline each year, including allegations of sexual assault and misconduct by senior military officers.

“Whistleblowing is not a ‘nice to have’ function; it is essential to the national security and defense mission of the Federal government,” the Pentagon’s whistleblower hotline homepage states. If the commander in chief can’t defend that, he isn’t fit to hold the office.