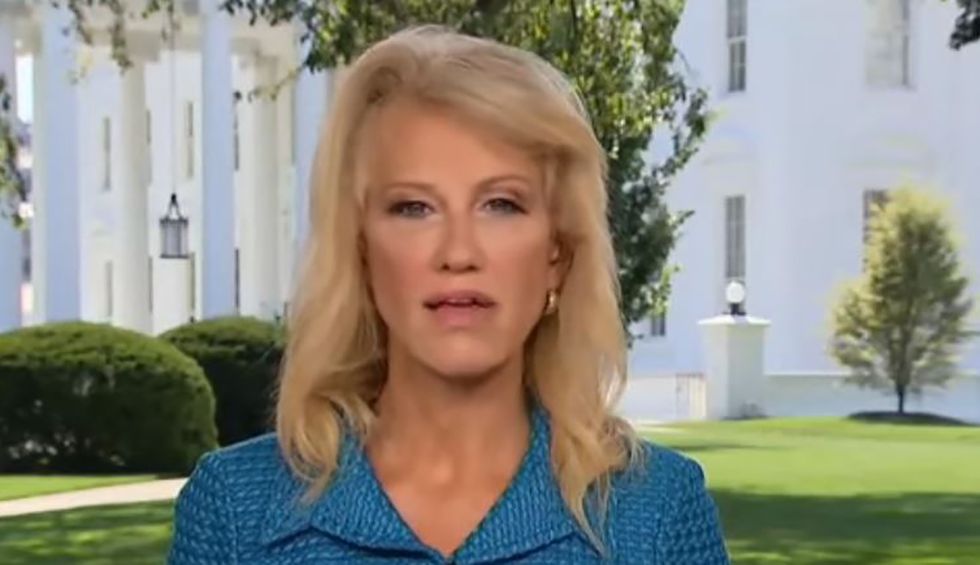 “As we gather together for Thanksgiving, you know, some people want to change the name ‘Thanksgiving,'” Trump told supporters at a fake “homecoming” rally in Florida Tuesday night. “They don’t want to use the term ‘Thanksgiving.’ And that was true also with Christmas. But now everybody’s using Christmas again. Remember this?”

“But now we’re going to have to do a little work on Thanksgiving,” Trump claimed. “People have different ideas. Why it shouldn’t be called Thanksgiving. But everybody in this room, I know, loves the name Thanksgiving. And we’re not changing.”

There was also no War on Christmas, and Trump did nothing to end it because it did not exist.

Fox News played along, reporting: “Trump vows not to change the name of Thanksgiving despite cries from the ‘radical left’.”

And some on Twitter played the president, uniting under the sarcastic hashtag #whatliberalscallthanksgiving. Take a look:

#WhatLiberalsCallThanksgiving Day to point out how hypocritical my conservative family is by naming all the federal… https://t.co/alfQBWUoCA
— Peter (@Peter)1574818631.0

The holiday with turkey and stuffing that occurred just before the impeachment of the 45th President of the United… https://t.co/lG1Xw6rhHT
— Carrie TBow (@Carrie TBow)1574818911.0

Considering 2 Thanksgivings ago my husband relied on Kurdish allies for food during his deployment, we call it a Bl… https://t.co/MleYFGdWN4
— Lindsey Simmons (@Lindsey Simmons)1574821997.0

The day the Obamas volunteer at homeless shelters while the Trumps dine on pheasants cooked by undocumented worker… https://t.co/NAavurkGHN
— Sara Spector (@Sara Spector)1574823106.0