Republicans fumble when confronted with Trump's witness intimidation — and one even faked a phone call: report 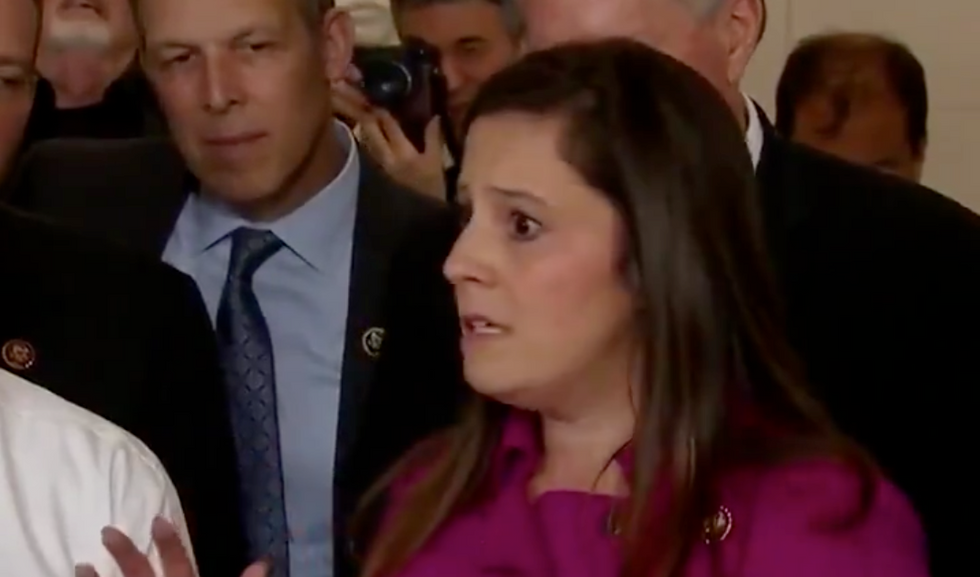 That was as evident on Friday as it has ever been when, in the middle of the House Intelligence Committee's hearing with former Ukraine Ambassador Marie Yovanovitch, Chair Adam Schiff (D-CA) told the witness that Trump had attacked her on Twitter while she was testifying.

Schiff said that this behavior constitutes witness intimidation. While there was some dispute about whether the tweets would mee the legal standards for such a criminal charge, they could clearly be considered witness intimidation in the scope of articles of impeachment.

Apart from that, though, the attack seemed strategically misguided. Republicans' main argument throughout the hearing was that Yovanovitch's testimony was irrelevant to the questions at hand because she didn't produce any evidence that Trump committed a crime, so attacking her credibility seemed to undercut this tactic. (Contrary to Republican's claims that she was irrelevant, Yovanovitch did effectively undermine one of the president's defenses in the broader impeachment case.)

And Republicans on the committee didn't follow the lead in attacking Yovanovitch. Many of them were deferential and respectful about her years of service to the country. When they were confronted with the disjunction between their conduct and the president's attacks, they struggled to come up with a reasonable response.

"We're not here to talk about tweets, we're here to talk about impeachable offenses," said Rep. Elise Stefanik (R-NY) when asked about the smear after the hearing was over. This response made little sense because Trump's tweets constitute presidential conduct, which could be potentially impeachable. And the tweets related to a portion of Yovanovitch's testimony in which she said that Trump's remarks on his infamous July 25 call — saying that she would "go through some things" — were a taken as a threat.

Stefanik admitted that she disagreed with the "tone of the tweet."

Other Republicans struggled to defend the behavior.

The outlet reported that other Republicans "dodged" the topic entirely.

"Rep. John Ratcliffe (R-Texas) quickly whipped out his cell phone and began talking into it, even though his home screen was visible and there was no call in progress," the report said.