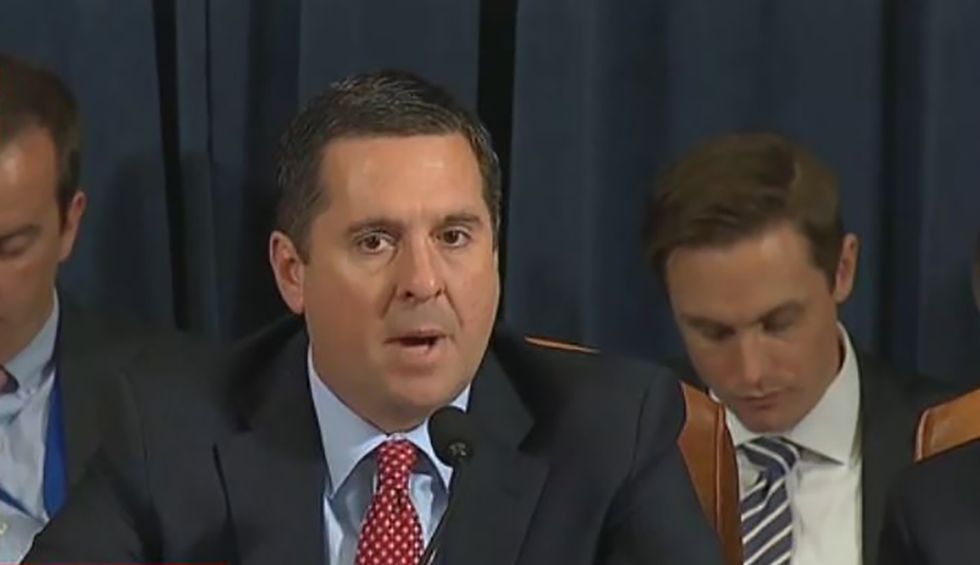 That includes a four-day trip Nunes and three of his aides—Derek Harvey, Scott Glabe, and George Pappas—took at the end of November 2018. A four-day trip that cost the American taxpayers just over $63,000. This trip, and Nunes’ work, has been focused on trying to kick up enough dirt to suggest that the Mueller investigation wasn't spurred by Russia's interference in the 2016 election and the Trump campaign, but by some nefarious global Deep State effort to make nude photos of Donald Trump public. Or something. MacMahon did not tell the Daily Beast, which broke the story, what precisely Nunes was after and what the "investigation" entailed.

Parnas has been a busy guy on behalf of Trump. You'll remember he's the one, along with colleague and other friend of Rudy Igor Fruman, who was given a secret "James Bond mission" from Trump at last year's White House Hanukkah party, designed to pressure Ukraine into an investigation of Joe Biden and his son Hunter.

If Nunes or his Minority Leader Kevin McCarthy had a single shred of integrity, Nunes would be recused from the impeachment proceedings. Instead, he is there on behalf of Trump to try to derail the process.