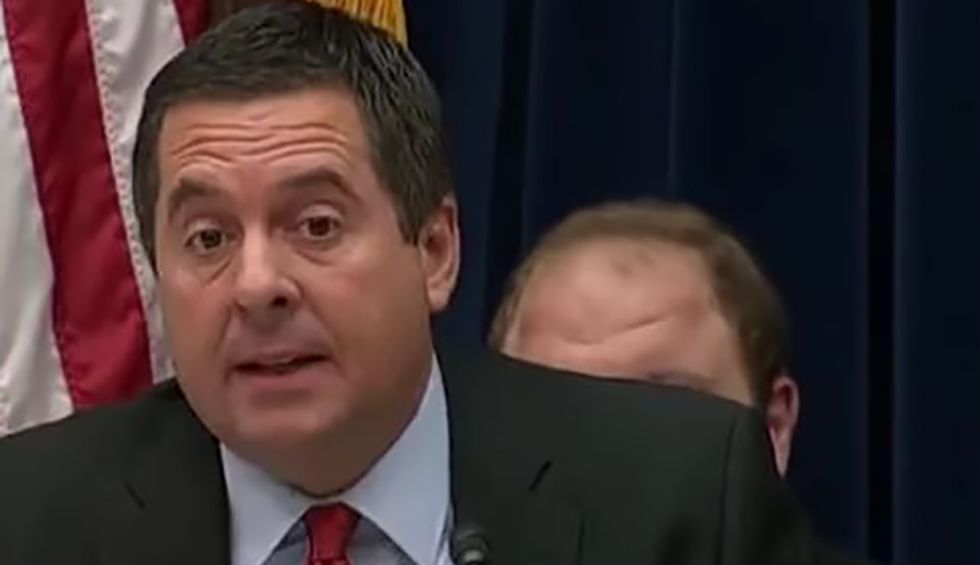 The pathetic performance by Republican Rep. Devin Nunes, the ranking member of the House Intelligence Committee, in his opening statement in the impeachment inquiry Wednesday morning was a litany of lies. Marcy Wheeler, who, as blogger emptywheel, has for nearly two decades closely followed national security and civil liberties issues, pointed out nine of them on Twitter. Here’s a selection:

At the outset she noted: “Nunes starts with a lie, that Democrats accused Trump of being an ‘Agent.’”

That’s quite the introduction.

It isn’t mere lying. There is a scheme here. As the conservative political activist and former chess champion Garry Kasparov has noted, “The point of modern propaganda isn't only to misinform or push an agenda. It is to exhaust your critical thinking, to annihilate truth.”

To annihilate truth. To make it difficult for people to know what is and isn’t true. To create chaos.

That’s what Donald Trump and his sycophants are up to this morning, and every morning.