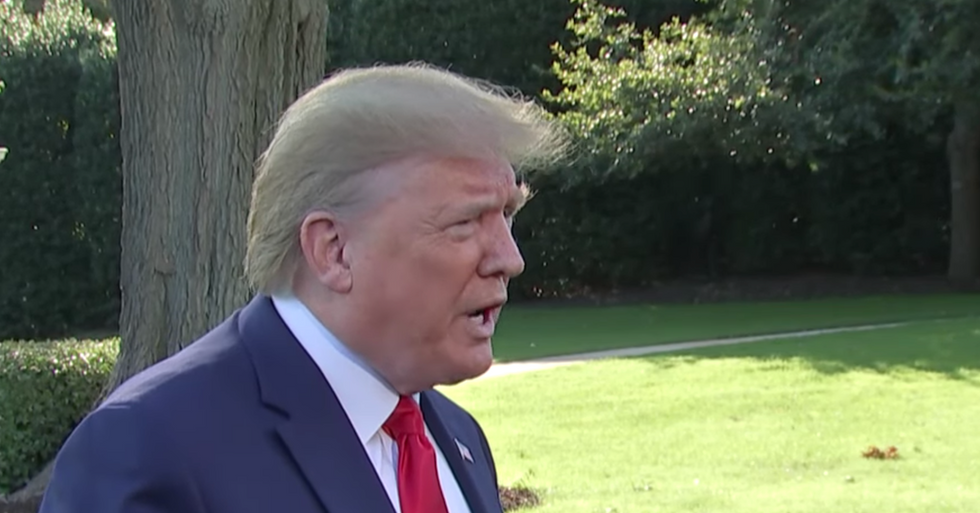 One of the two Rudy Giuliani associates — Lev Parnas — who were recently indicted has hired new lawyers and has signaled his willingness to cooperate with the Democrats' impeachment inquiry in the House of Representatives, according to a New York Times report on Monday.

Both Parnas and Igor Fruman, who Giuliani has sometimes referred to as his "clients," have been charged in the Southern District of New York with federal campaign finance violations and conspiracy. While the full extent of the scheme has not yet been laid bare, they appear to have been tied to Giuliani's efforts to launch investigations in Ukraine of the president's political enemies.

After they were indicted, Parnas and Fruman were subpoenaed in the impeachment inquiry for documents and their testimony. Initially, they both resisted, but now Parnas has apparently changed his mind.

One of his lawyers told the Times that Parnas will comply with the House's subpoena, though he may still withhold testimony and documents covered by "any appropriate privilege that Mr. Parnas may properly invoke." Since Parnas is currently under indictment, he's likely to liberally invoke the Fifth Amendment — so it's hard to say how much information he will be willing to share.

It's also not clear what exactly he could share that would be of interest to the inquiry. But there's one indication that he may have something on Trump: The president already seems to be lying about him.

When Parnas and Fruman were first indicted, Trump denied knowing them.

One problem with this denial is that, in addition to the tie to Giuliani, pictures surfaced of the pair meeting with the president. Trump said he has "a picture with everybody," but the Wall Street Journal found a trove of photo evidence tying them to Trump. They were big supporters of political committees backing the president. And Trump's own former lawyer, John Dowd, claimed to Congress that Parnas and Fruman had "assisted Mr. Giuliani in connection with his representation of President Trump." Dowd now says he is part of the team representing the pair, and the Times uncovered an email from Trump's current lawyer, Jay Sekulow, giving Dowd permission from the president to defend them.

“Mr. Parnas was very upset by President Trump’s plainly false statement that he did not know him,” Joseph Bondy, one of Parnas's new lawyers, told the Times.