'I get no lawyer': Trump goes into full meltdown mode — falsely claims open impeachment inquiry hearings are a 'trial' 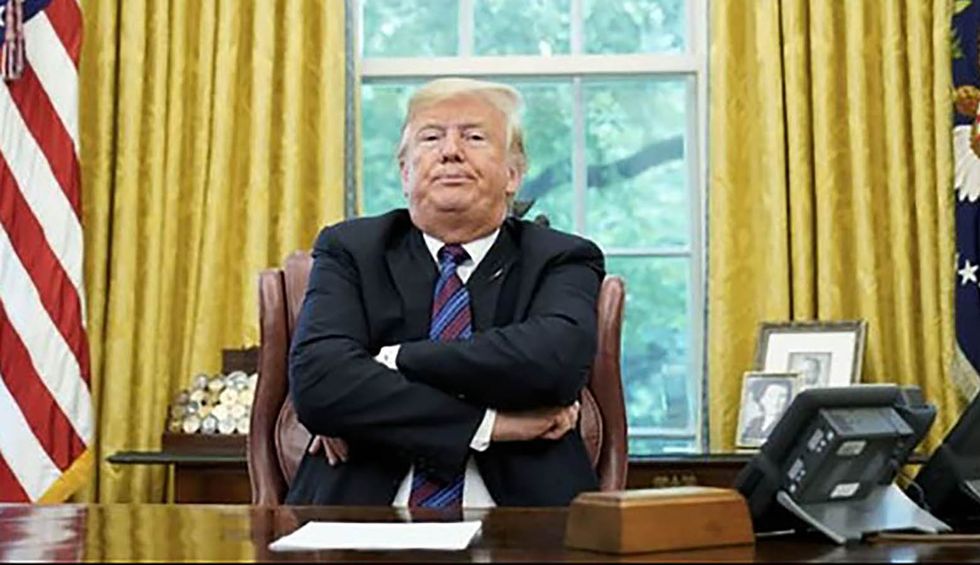 President Donald Trump is in full meltdown mode. Thursday morning the man purported to be the leader of the free world, the post powerful person to hold elected office in this country, tweeted witness testimony in the House open impeachment inquiry hearings slated to begin next week are a “trial.”

The trial takes place in the Senate, assuming the House passes articles of impeachment and Majority Leader Mitch MCConnell allows the Senate trial to proceed.

The President also claimed his due process rights and right to an attorney are being denied.

This is not a criminal trial and as president Trump has no special rights.

The President also claimed the witnesses who will appear before Congress are “Never Trumpers.”

It was just explained to me that for next weeks Fake Hearing (trial) in the House, as they interview Never Trumpers… https://t.co/uGlxguLOrz
— Donald J. Trump (@Donald J. Trump)1573139775.0

There are three witnesses scheduled next week. All three are career foreign service officers.

The first is the U.S. chargé d’affaires for Ukraine, Ambassador Bill Taylor, who previously served in State Dept. roles for both Presidents George W. Bush and Barack Obama. He was hand-picked by none other than Secretary of State Mike Pompeo for his current role. He is a decorated Vietnam War veteran who began working for the federal government in 1980.

The second is United States Deputy Assistant Secretary for European and Eurasian Affairs, George Kent, who began working for the U.S. State Dept. in 1992.

The third is former Ambassador to Ukraine Marie Yovanovitch, who began working for the U.S. Foreign Service in 1986.

There is zero evidence any of the three are “Never Trumpers.”