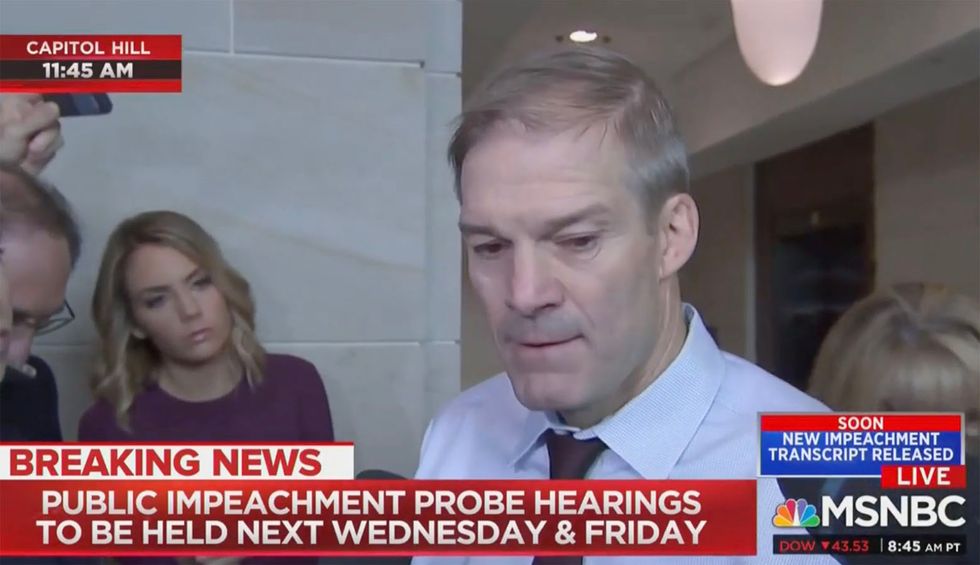 House Republicans, in their ever-increasing efforts to disrupt congressional impeachment proceedings, have thrown one more curveball into the mix. They now want to have the whistleblower, an intelligence community official who has asked for anonymity, and Hunter Biden, the son of the Democratic candidate and former Vice President Joe Biden, to their list of witnesses to testify in open, public, televised impeachment inquiry hearings, according to The Washington Post.

Democrats, who hold the House majority, are expected to overrule the request.

“We expect that you will call each of the witnesses listed above to ensure that the Democrats’ ‘impeachment inquiry’ treats the President with fairness, as promised by Speaker Pelosi,” Nunes warned, clearly aware the request was likely to be denied. “Your failure to fulfill Minority witness requests shall constitute evidence of your denial of fundamental fairness and due process.”

But the request is just the latest in Republicans’ attempts to make the hearings a total sham, and to disrupt and deflect from the people’s most-serious and solemn business: deciding whether or not to impeach a sitting President of the United States.

Earlier this week House Republican leaders placed Ohio GOP Congressman Jim Jordan, himself the target of an investigation, onto the Intelligence Committee. Jordan, who political experts have called a “clown,” is a grenade-throwing right wing conspiracy theorist whose apparent primary purpose is to protect the president by any means necessary.