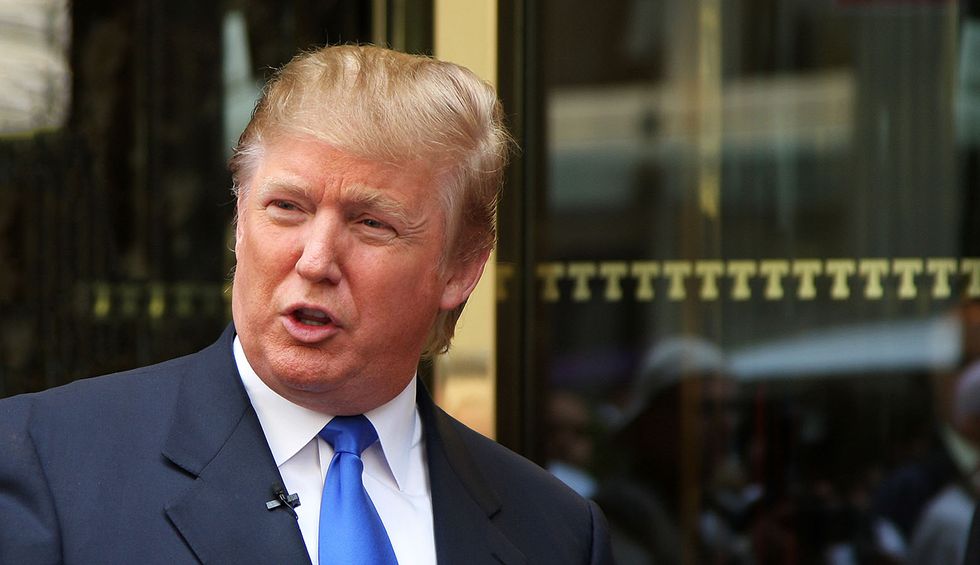 Like many who lean left, even many to the right of center, I find Donald Trump’s contempt for law, disrespect for people, derision of opponents, disdain for facts and truth, erratic and self-serving behavior, and violation of democratic principles of government, frightening. I worry about the future of the nation if he is reelected, and if climate change is as disruptive as predicted, of the world. I fully expect that if Trump loses a close race in 2020 he will declare the election “fake news” and refuse to recognize the result. I have no confidence that Republicans in the legislative and judicial branches would stand up for the Constitution and throw the bastard out.

Joseph Biden describes Trump as an aberration and believes he can work with responsible Republicans. Even Biden’s more progressive opponents in the Democratic Party Presidential nomination race, including Bernie Sanders and Elizabeth Warren, were proud to tout their Republican friends during the televised October debate. I doubt very much we will see an across-the-aisle Kumbaya moment. Donald Trump captured a Republican Party that has been moving in his autocratic and win-at-any-cost direction since the Reagan administration in the 1980s.

What I struggle with understanding is how Trump, who is so self-evidently incompetent, morally repulsive, and biased in favor of the rich, holds onto his support among the white working-class and religious voters who attend his rallies and cheer hysterically for their hero. Sometimes pro-rich Republican Party elected officials and the wealthy and corporate interests they represent do mildly challenge Trump’s erratic foreign, domestic, and economic policies, but they always seem to swallow good sense, self-interest, and personal pride, to stay in the Trump fold. Understanding Trump’s hold on his supporters is key to building a coalition and a platform that can defeat Trump and retake American government and society.

It is not sufficient to dismiss Trump’s working-class legions as racist misanthropes or crackpots, although I believe many are, or wealthy Trumpers as just out to pad their pockets at everyone else’s expense. I think what unifies such a strange coalition is the appeal of the slogans “Make America Great Again” and “America First.”

The Trump voter is a football fan rooting for the home team. “American First” is about winning the game at any cost, whatever the consequences, even if it means spying on the other team’s practices, deflating the footballs, or undermining the game. After all, what’s the big deal and everybody cheats. The goal is to win, not to kiss your sister.

What binds Trump’s extremely rich and economically struggling supporters together are their cynical beliefs about the motives of others. They think everyone else is out to steal what is rightfully theirs, whether it is great wealth or a small house with a lousy job, and that "liberals" have an unrealistic view of human nature, which permits them to welcome refugees and undocumented immigrants and to help Blacks and the undeserving who only want to grab away what they have. Get advantage for yourself; protect what you have; use the government to promote your personal business interest. That is the way the game is played. Meanwhile, rightwing religious leaders can ignore everything immoral that Trump does because, after all, we are all sinners and God works in strange ways.

A successful Democratic candidate in 2020 will have to challenge the perception that they are loony liberal eggheads without a sense of reality and with contempt for ordinary people, the reincarnation of Walter Mondale, Michael Dukakis, Al Gore, John Kerry, and Hilary Clinton. Detailed position papers and pledges to share a beer at the local watering hole are not going to cut it.

The candidate will have to be sharp about class divisions and be nasty.

Who believes the rich are ever going to protect the rights of everyone else when the economy tanks and they want bailouts?

Will employers keep contributing to private health insurance plans when costs rise or corporate profits decline, or will they just lay workers off and hire someone else at a lower rate without benefits?

What happens to sons and daughters when every nation declares their own interests come first, global alliances and international agreements breakdown, and there are wars to protect and defend the rich who are always exempt because of bone spurs?

Whether humans create climate change or nature does, what happens when your basement floods, the roof blows away, and the mortgage still has to be paid?

Which side are you on, with the bull-shitters, or with the white, black, brown and yellow, Christian, Jewish, Muslim, Hindu, and atheist working stiffs and families around the world who are in a position similar to you as rightwing repressive governments stay in power by keeping them divided?

Which side are you on?