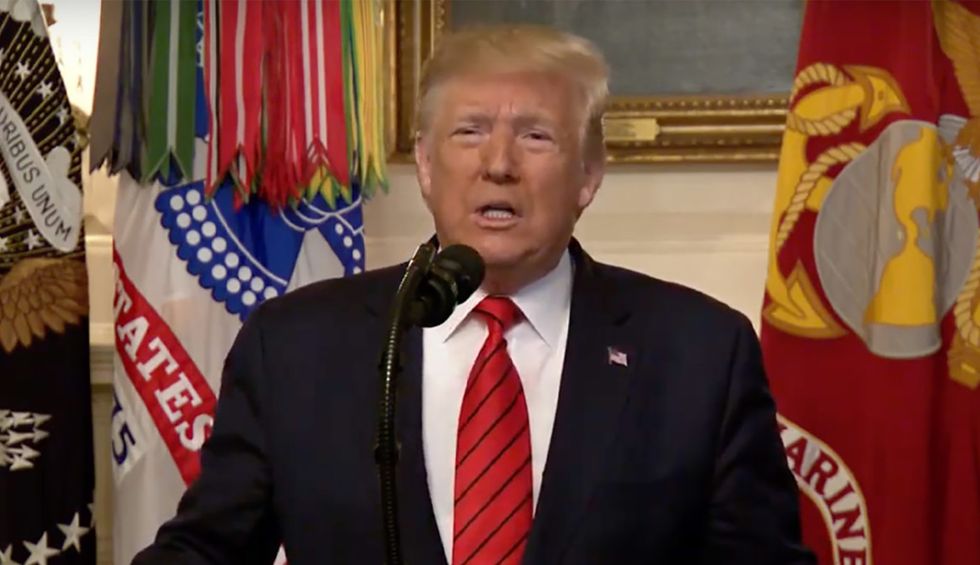 Ambassador Bill Taylor on Wednesday dropped a new bombshell during impeachment hearings in the House of Representatives.

During his testimony, Taylor revealed one of his aides had overheard a conversation between President Donald Trump and European Union ambassador Gordon Sondland in which the president pressed the ambassador to get Ukraine on board with “the investigations” into former Vice President Joe Biden.

This conversation occurred on July 26th, or one day after Trump’s infamous phone call with Ukrainian President Volodymyr Zelensky in which he repeatedly pressed for the Ukrainian government to launch an investigation of the company that had formerly employed Biden’s son.

This new revelation caught many national security experts and reporters off guard, and many described it as “devastating.”

Check out some reactions below.

Watched Amb. Taylor’s riveting testimony in full and it’s left me stunned at what has been going on. The two channe… https://t.co/YJPOJwtPiC
— Maria Shriver (@Maria Shriver)1573663208.0

Taylor's testimony is as damning as it is credible. His detailed account, his demeanor and his expertise make attac… https://t.co/RQbDaZYGFu
— Jennifer Rubin (@Jennifer Rubin)1573663554.0