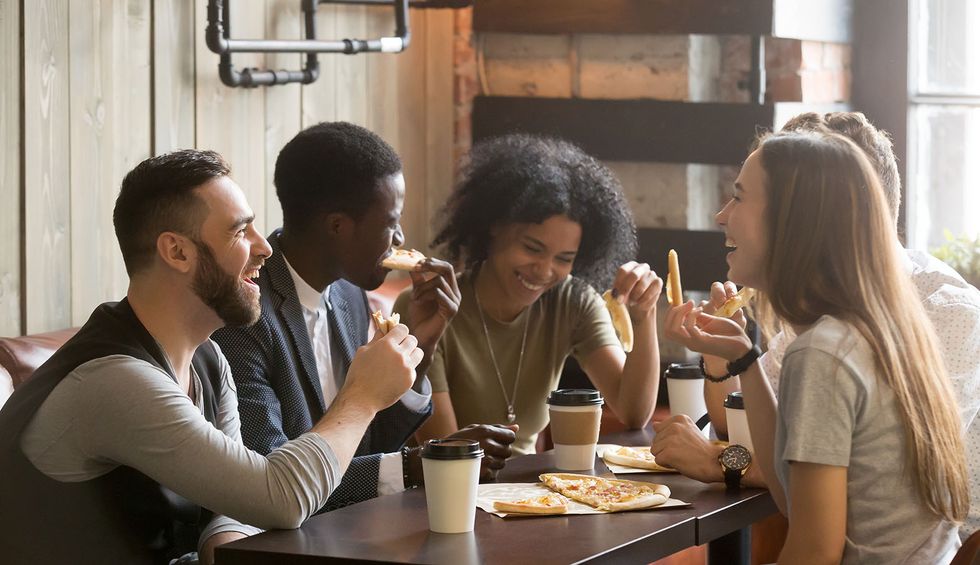 Justin Vahl and Marcus Riley, two men who were part of a larger group going out to eat at a Buffalo Wild Wings in Naperville, Illinois, to celebrate a birthday say that they were asked to switch tables because of their skin color, according to the Chicago Tribune.

Here’s how this situation allegedly went down. Vahl says he arrived at the restaurant first. He asked the host to prepare a table for 15 people, including adults and children. Then, he realized he actually needed room for 18 people and approached the workers as they prepared the tables. That’s when, he says, he was questioned about his race.

The host, who Vahl described as a young black man, asked, “What race are you?” To which Vahl, who told the Tribune that he is multiracial, said he asked what does it matter? That’s when the host referenced a regular nearby who “doesn’t want black people sitting near him.” Vahl asked the host to prepare the table anyway.

From there, Vahl claims that a manager spoke with the customer and his guest, then approached his group. This time, Vahl says the group was told they needed to move because a party of 18 had reserved the table previously. Curious about the existence of that reservation policy? So was a reporter at the Naperville Sun, because they called the restaurant to find out more. In that call, they were reportedly told the Naperville location doesn’t take reservations.

Eventually, the group left and went to a different restaurant. Unsurprisingly, the kids had a hard time dealing with the pain from the situation. “Why does he not like us?” Riley says one of his two young boys asked in the car afterward.

Riley told CBS 2 that as the group was leaving the restaurant, the host who had originally seated them had tears in his eyes. He says a fellow patron stood up and offered them hugs.

Mary Vahl posted to Facebook about her experience. The post has now gone viral, with thousands of shares and comments.

“We take this alleged incident very seriously and are conducting a thorough, internal investigation,” Claire Kudlata, coordinator of brand communications, said in an email to Fox 32 News. “We’re in direct communication with the guest to understand their account of what happened and to offer our deepest apologies for any unacceptable behavior.”

It’s a relief that this situation didn’t involve law enforcement. However, as described, the scenario rings close to home when we consider how many times people call the police (or otherwise try to remove or monitor) people of color in shared spaces. For example, as covered previously at Daily Kos, when police were called to a frozen yogurt shop because a black man was literally doing his job. Or when two black women were waiting for car assistance. Or when a black student put her feet up during class.

“I’ve never in my entire life experienced something like. To have my children go through that, it brought me to tears,” Riley said.