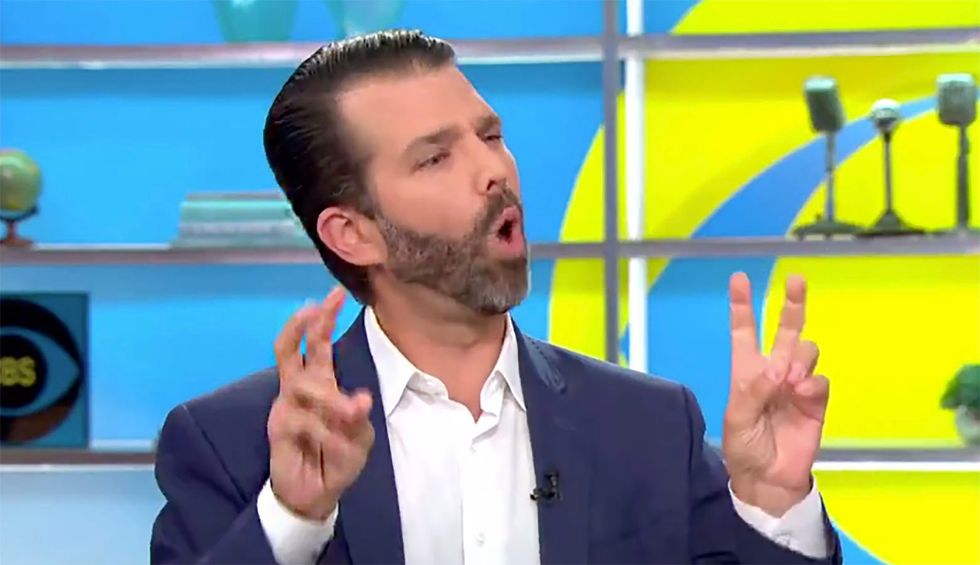 Nearly ten conservative groups or officials have been accused of inflating sales of Donald Trump Jr.’s new book by purchasing it in bulk.

According to the Times, at least nine organizations or conservative personalities have participated in the bulk purchases.

Earlier in November, the Republican National Committee said that it had raised $200,000 off of $75,000 in book purchases. Citizens United is another group offering the book to its followers.

Turning Point said that it had purchased the book to provide to students ahead of Don Trump Jr.’s appearance at their December summit.

“When an author headlines a Turning Point USA event, we regularly purchase the author’s latest work for the students in our chapters who attend,” a Turning Point spokesperson told the Times. “As one of our most requested speakers, Don is headlining our student-leadership conference in Florida this December, and so we purchased copies for some of the students, chapter leaders and V.I.P.s.”

House Minority Leader Kevin McCarthy (R-CA) and the Texas Republican Party are fundraising off of the book.

“Leader McCarthy shares a close relationship with Donald Trump Jr. and was thrilled to offer ‘Triggered’ to his campaign supporters,” a spokesperson for McCarthy said.

A representative for Trump insisted that the bulk purchases had little impact on the book’s status on the New York Times Best Seller’s list.

“Don is proud of the fact that the demand for ‘Triggered’ has been so high that it has allowed groups like the R.N.C., N.R.S.C. and the N.R.C.C. to net hundreds of thousands of dollars through their marketing of the book,” Trump spokesperson Andy Surabian said.