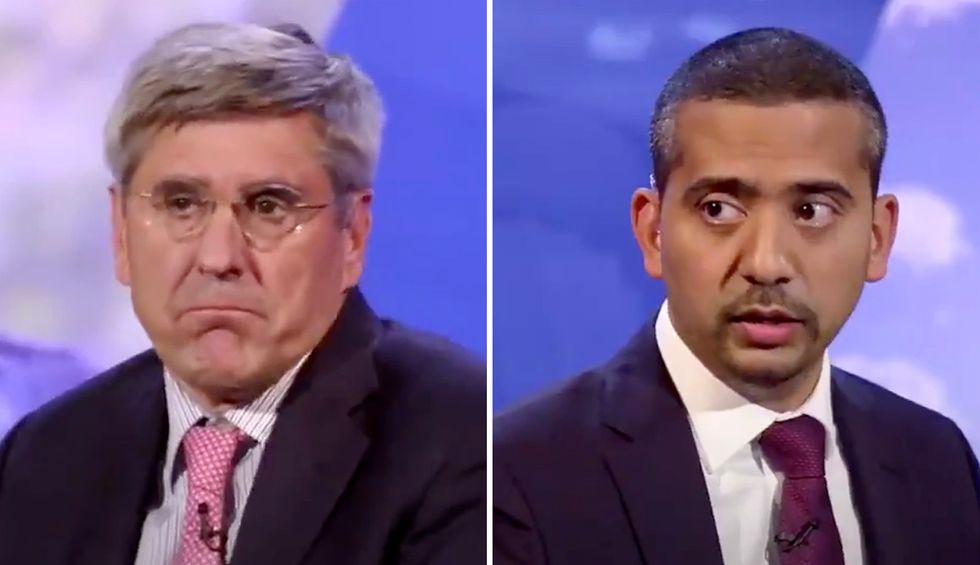 British journalist Mehdi Hasan is not one to mince words when it comes to President Donald Trump. And when he interviewed Trump senior adviser Stephen Moore on al Jazeera’s “Head to Head” on October 3, Hasan stressed that Trump often goes way beyond spin or exaggeration — he flat-out lies and makes things up.

Moore acknowledged to Hasan, “I think when Trump does say things that are false, that does undermine his presidential authority. I wish he wouldn’t do it. He should stop saying things that are untrue.”

Hasan bluntly asserted, “So, he’s a liar?” — to which Moore responded, “I’m never going to say that. I think Trump is an exaggerator, and I think it gets him in trouble.”

Moore went on to claim that Trump has a “180 IQ” and above-average intelligence, and Hasan noted some of the ridiculous things Trump has said — telling Moore, “This is a man who thinks wind turbines cause cancer, thinks you can stop a hurricane with a nuclear weapon, thinks you need ID to buy a box of cereal…. These are things he says every day.”