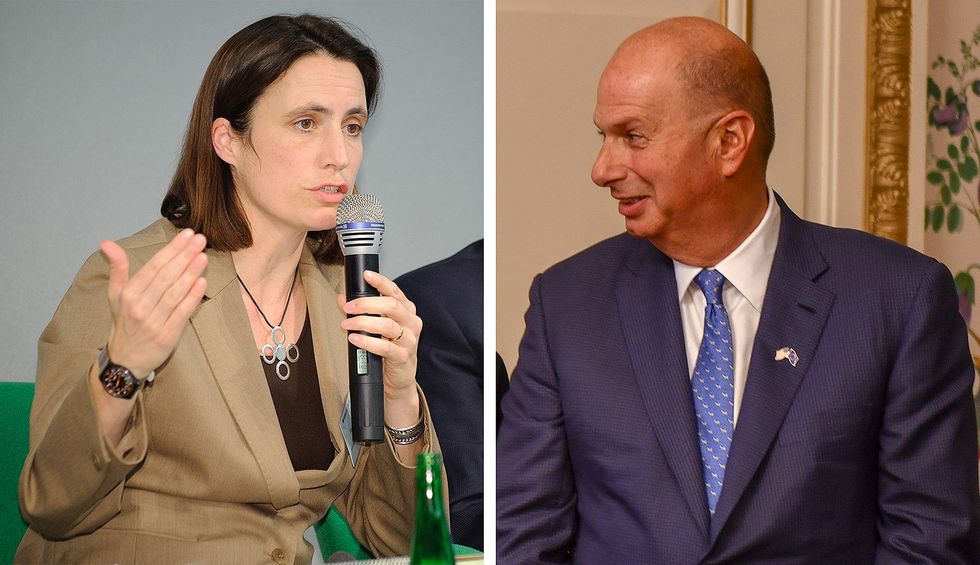 The former Russia and Ukraine aide to the National Security Council testified Monday before three House committees as part of the impeachment inquiry, and Sen. Chris Murphy (D-CT) revealed that Sondland — who’s scheduled to testify Thursday — made certain Ukraine understood what was expected by the White House.

“In a White House meeting, Sondland tells Ukrainians they will get a Trump meeting if they open the investigations Trump wants,” Murphy said, paraphrasing Hill’s testimony. “Then, Sondland follows the Ukrainians out of the meeting to privately make clear he’s talking about Hunter Biden.”

Trump asked his Ukrainian counterpart Volodymyr Zelensky to investigate Joe Biden and his son during a July 25 phone call that prompted a whistleblower complaint, which then led to the impeachment inquiry.

A summary of that call released by the White House shows president suggested that congressionally approved military aid would be released if Ukraine dug up campaign dirt on Biden, which Trump, his attorney Rudy Giuliani and top administration officials have described as corruption.

Sondland texted back that there had been “no quid pro quo’s of any kind,” which he later revealed had been dictated to him by Trump himself — but Hill’s testimony shows the EU ambassador most likely knew the president wanted Biden dirt in exchange for the aid.