Trump's border fence was supposed to be impossible to climb. That's not working out so well. 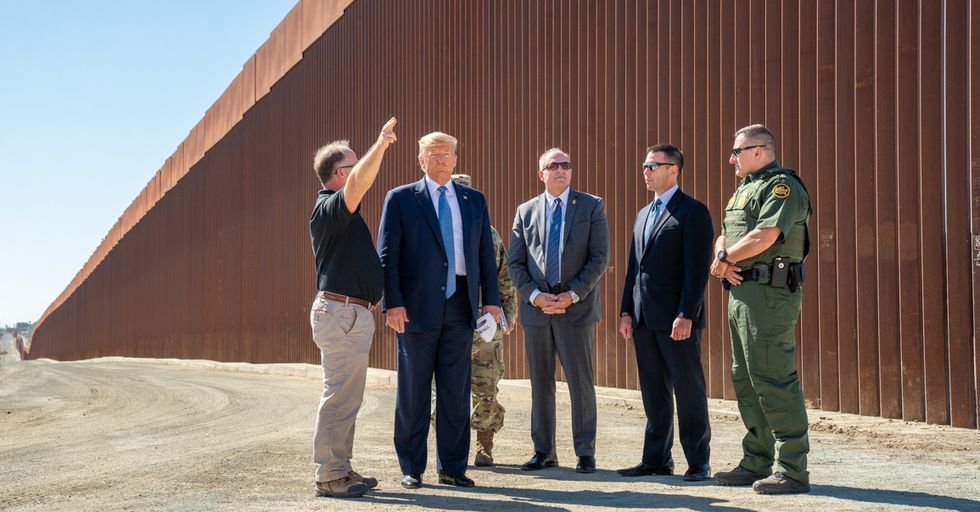 When describing the U.S.-Mexico border wall that he has in mind, President Donald Trump has a flair for the melodramatic. Trump, according to the New York Times, has envisioned a Medieval-like moat on the border filled with snakes and alligators — and he has insisted that his wall would be “virtually impenetrable” and impossible to climb. But when a mountain climber from Indianapolis built an 18-foot replica of the type of border wall Trump has in mind, he found that climbing it was, in fact, quite possible.

The replica was built by Rick Weber, a 75-year-old mountain climber and retired engineer. Trump has claimed that even experienced mountain climbers wouldn’t be able to climb his border wall, and Weber decided to test that theory by building his replica in Kentucky.

According to the Louisville Courier Journal, experienced mountain climbers had no problem getting up Weber’s border wall replica — and even some young children were able to climb it. One of the more experienced climbers managed to climb the replica while juggling.

Weber told the Courier Journal, “You don’t tell a climber that something can’t be climbed or that it’s impossible. That’s just a challenge.”

One of the people who accepted the challenge was 30-year-old Peter Favaloro, a Bostonian described by the Courier Journal as a “novice” rather than an experienced climber. Favaloro said he was able to climb the replica in about a minute and noted, “I’m not a rock climber by any strict definition of it, and I got up there pretty easily.”

Meanwhile, Erik Kloeker (an experienced climber) showed the Courier Journal he could climb the replica in about 30 seconds — and another time, he climbed the replica while juggling multiple items.

Some Trump supporters might argue that Weber’s replica doesn’t discredit Trump’s claims because the president is envisioning a 30-foot wall rather than one that is only 18 feet tall. But according to Weber, that 12-foot difference doesn’t matter. Weber told the Courier Journal, “If someone can climb over this, they can climb an extra 12 feet of bollards.”