Trump was 'yelling and screaming': Reporter says GOP source fears Trump is 'not in control of himself' — and getting even worse 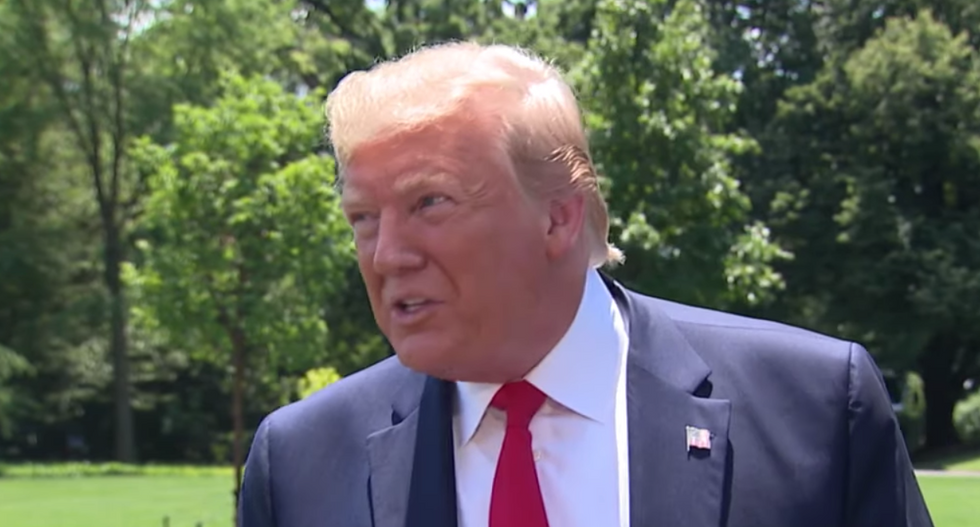 Citing a Republican source, who reportedly conferred with others who attended the meeting, said they were "completely shaken" and "shell shocked" by the president.

Pelosi and fellow Democrats had tried to make that point publicly on Wednesday, saying that Trump had a "meltdown," went on a "diatribe," and was insulting to the House speaker. Pelosi added that she was also concerned about the president's "health." But at least in public, some Republicans tried to turn the tables on Pelosi, saying it was she who behaved inappropriately by walking out of the meeting. However, even these Republicans didn't really deny that Trump was acting bullying and insulting toward the speaker.

Trump, too, tried to accuse Pelosi of having a "meltdown" by sharing a picture of her in the meeting — but that attempt backfired.

Now, based on Gangel's reporting, we were given reason to believe — as we already could have guessed — that Republicans were similarly disturbed by Trump's actions.

"He is not in control of himself," Gangel said, citing her source. "It is all yelling and screaming.”

She continued: "And I asked the source, you know, who’s been in many meetings with them — has it changed? Is it worse? Because every week we talk about, is it getting worse? The source said, '100 percent.' I asked, are you worried about his stability? And the source said, 'yes.' The source went on to talk to other senior Republicans who were in the meeting. They were also shaken up. One used the word 'sickened.'"

Watch the report below: