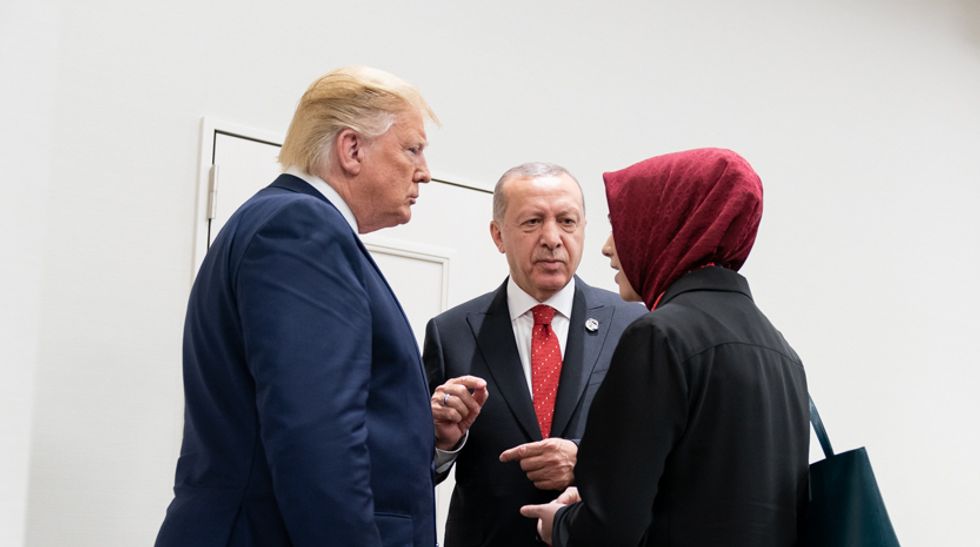 President Donald Trump’s administration explored cutting federal taxpayer funding to a very select group of over 130 charter schools that are tied to the political opponent of Turkey’s President Recep Erdogan. The previously-unreported attempt took place in 2017, just before Trump was to hold his first meeting with the Turkish authoritarian dictator.

Bloomberg adds that “one of the people who took an interest in the matter was former New York City Mayor Rudy Giuliani,” who now serves as Trump’s personal attorney and is embroiled in his Ukraine extortion scandal. Giuliani worked to get the Trump administration to extradite Gulen, which might create a legal problem for Giuliani if he is found to have been acting as a foreign agent.

“The episode shows how Erdogan, from the start of Trump’s administration, has appealed to the U.S. president. He has twice persuaded Trump to withdraw U.S. forces in Syria, against the advice of American military officials.”