Trump is now calling Republicans who oppose him 'human scum' 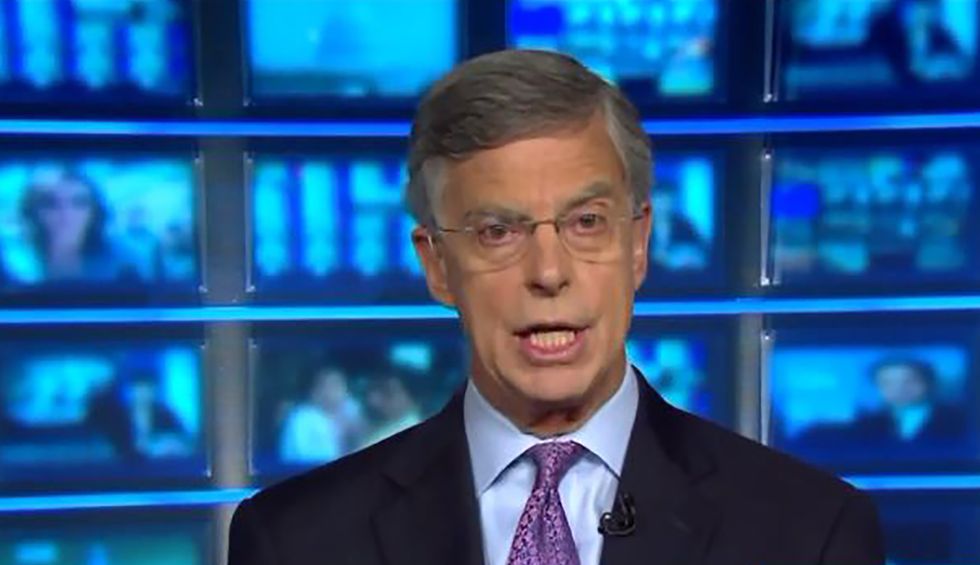 The eliminationist and Nazi-like rhetoric from the White House ratcheted up dramatically on Wednesday as the ramifications of Ambassador William Taylor’s Tuesday testimony before a House Committee became public knowledge. In one tweet Trump labeled “Never Trump” Republicans—those in the GOP who are firmly and vocally opposed to his presidency—as “human scum,” noting that their numbers had been severely lessened.

The Never Trumper Republicans, though on respirators with not many left, are in certain ways worse and more dangero… https://t.co/xYkUiEWRuN
— Donald J. Trump (@Donald J. Trump) 1571852920.0

It’s rather novel and quite new to have any of our elected officials, let alone a president, publicly refer to other Americans, much less fellow party members, as “human scum,” so it’s likely useful to take a little trip around the internets to see how this phrase has been used by other world leaders and their governments. It turns out Trump shares the stage with a storied cast of characters in this choice of words.

Our first stop takes us to North Korea. In 2013, a group of North Korean defectors reported that dictator Kim Jong-un had passed out copies of Mein Kampf for his lieutenants to study and learn from—as a “leadership skills manual.” The report was quite detailed and apparently well-sourced, but, predictably, Jong-un’s professional devotees were furious, characterizing the defectors as “human scum.”

Pyongyang launched a furious response to the report, with the police agency branding it a "thrice-cursed crime" aimed at belittling its leader and threatened to kill the "human scum" behind the article.

"We are ... determined to take substantial measures to physically remove despicable human scum who are committing treasons," it said in a statement carried by the state-run Korean Central News Agency.

"Sordid human scum will never be able to look up to the sky nor be able to find an inch of land to be buried after their death," it said.

Notably, this wasn’t the first or last time Pyongyang used the words “human scum” and “thrice-cursed crime.” Remember when Jong-un’s uncle was executed, also in 2013? Or 10 years earlier, when John Bolton, then an undersecretary in the Bush II administration, called out the cruelty of Kim Jong-il?

It’s just North Korea, of course. The so-called “populist” (and Nazi fanboy) Jair Bolsonaro, currently president of Brazil and close Trump pal, also uses the term “scum,” tossing it out frequently towards anyone he doesn’t like.

Bolsonaro has warned about the danger posed by refugees from Haiti, Africa, and the Middle East, calling them “the scum of humanity” and even argued that the army should take care of them.

Jews, of course, have had to put up with this kind of verbiage for eons, both as targets of persecution and as refugees.

Modern times appear to be no different.

A February Israeli government report on manifestations of anti-Semitism around the world cited a Kuwaiti newspaper, Al Qabas, which on Nov. 28, 1989, described Jews as “human scum” in whom “treachery is inbred.”

However,  the use of “human scum” respects neither boundaries, religions, nor history.

An Israeli lawmaker was criticized today after he boarded a bus full of Palestinians traveling from Gaza to visit relatives who are detainees in Israeli prisons, and called them “dogs” and “terrorists” in a video he posted of the encounter to social media.

“No, it’s not a question of family visits-this is a reality that must stop, and that’s why I came to confront the beasts,” Hazan wrote yesterday. He further said the Palestinian passengers were “human scum.”

There does seem to be one consistent theme in these various usages of “human scum”: It is intended, by its very nature, to “dehumanize,” or to render another’s life worthless in the eyes of the rest of humanity.  It is often used in tandem with political actions or ideologies rooted in eliminationism. As described by professor Phyllis E. Bernard, eliminationism is the belief that one’s political foes are "a cancer on the body politic that must be excised—either by separation from the public at large, through censorship or by outright extermination—in order to protect the purity of the nation"

The crux of all this, in context, is that Trump is saying these things about his fellow Republicans. Can anyone imagine this kind of rhetoric about fellow Democrats coming from a Democratic president? How long would Democrats tolerate that?

One would expect that the fact that Trump is now using this type of dehumanizing hate speech against his fellow Republicans would prompt some outrage, some fierce condemnation on their part. At the very least, this behavior would prompt some on the right to speak out and object, because maybe sooner rather than later, it will to be too late for them to object, or to say anything at all. Maybe sooner, rather than later, that kind of dehumanizing rhetoric will be aimed at straight at them.

One would expect that, right?