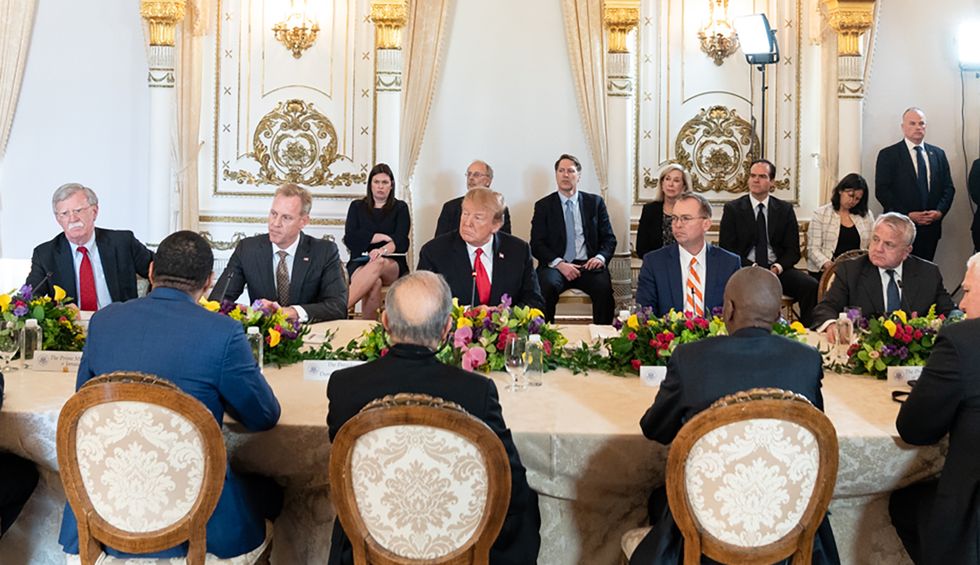 On November 7, the far-right anti-Muslim group ACT for America was planning to hold a high-priced dinner at President Donald Trump’s Mar-a-Lago resort in South Florida. But the Trump Organization decided against letting the group hold the event at Mar-a-Lago, and ACT for America is absolutely furious.

Far-right media figure Michelle Malkin had been chosen as the reception’s keynote speaker, and tickets started at $1500. But on Sunday, a spokesperson for the Trump Organization told the New York Times, “this event will absolutely not be taking place at Mar-a-Lago.”

It isn’t hard to understand why even the Trump Organization decided that letting ACT for America hold its reception at Mar-a-Lago was a bad idea. ACT for America, founded by Brigitte Gabriel in 2007, has been denounced as a hate group by the Southern Poverty Law Center — and the Anti-Defamation League (ADL) has criticized ACT for America for failing to make a distinction between extreme Islamists like an-Qaeda and mainstream Islam. As ACT for America sees it, the entire religion is pro-terrorist.

On Twitter, Gabriel railed against the “fake news media” and accused the Trump Organization of being swayed by negative publicity that surrounded the November 7 event. Gabriel posted, “Regrettably, the Trump attorneys in New York caved to the left’s bullying tactics and made a decision to cancel our event within hours of the articles coming out.”

Malkin spoke out as well, tweeting, “I am disappointed at the cancellation of my 11/7 speech at @ACTforAmerica’s annual banquet, but I will not be deterred. There is a chilling ‘cancel culture’ campaign being waged against patriotic journalists & activists.”

During its 11 years, ACT for America has consistently promoted anti-Islam conspiracy theories and claimed that Muslims in general are trying to establish sharia law in the United States.